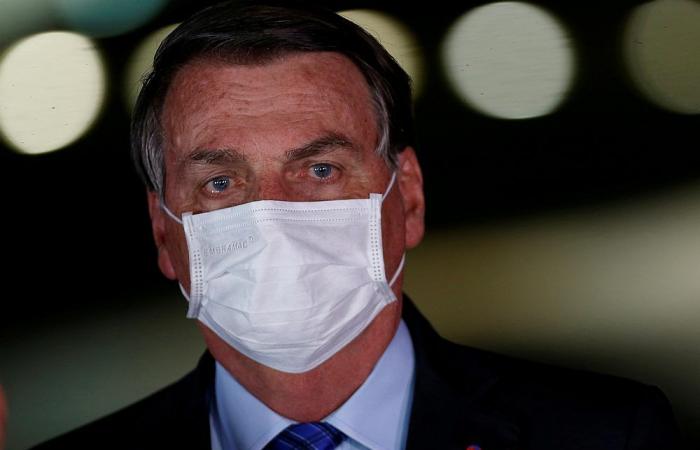 Hello and welcome to the details of Brazil's Bolsonaro promises Biden to end deforestation, seeks financial help and now with the details

BRASILIA, April 16 ― President Jair Bolsonaro wrote a letter to his US counterpart Joe Biden pledging to end illegal deforestation in Brazil by 2030 and seeking “considerable” financial assistance to get there, officials said yesterday.

The letter comes a week before Biden hosts a virtual climate summit with 40 world leaders, including Bolsonaro ― a far-right climate-change skeptic with whom he previously clashed on the issue of deforestation in the Brazilian Amazon.

“In an unequivocal measure of support for your efforts, we wish to reaffirm our commitment to eliminate illegal deforestation in Brazil by 2030,” said Bolsonaro's seven-page letter, dated Wednesday.

“However, achieving this goal will require considerable resources,” including from “the international community, governments and the private sector,” it said.

“Brazil deserves to be fairly compensated for the environmental services its citizens provide for the planet.”

The Bolsonaro and Biden administrations have reportedly been holding talks on a plan in which Brazil would receive international funding to better protect the Amazon, a crucial resource in fighting climate change.

That prompted the Climate Observatory, a coalition of 198 Brazilian environmental groups, to warn this month against closed-door deals with Bolsonaro, whom it called the “worst enemy” of the world's biggest rainforest.

Wednesday's letter marks a change in tone for Bolsonaro, who clashed with Biden on deforestation during the latter's presidential campaign.

During Biden's first debate with former president Donald Trump last September, the Democratic candidate outlined a plan to offer Brazil US$20 billion (RM82.5 billion) in international funding to “stop tearing down the forest.”

“And if you don't, then you're going to have significant economic consequences,” he said.

Bolsonaro fired back the next day that Brazil would not accept “coward threats,” calling Biden's remarks “disastrous and unnecessary.”

Bolsonaro, an ardent Trump fan, was among the last world leaders to congratulate Biden when he won.

But he said in his letter he hoped to count on Biden's “personal support” on ending deforestation.

A senior White House official said the administration “welcomed” Bolsonaro's commitment on deforestation and that Brazil “has a responsibility to lead” on climate issues.

Brazil pledged to end illegal deforestation by 2030 in the Paris climate agreement in 2015, but Bolsonaro's election win three years later cast doubt on the plan.

The far-right leader has slashed funding for environmental protection programs in Brazil and pushed to open protected lands to mining and agribusiness.

In the 12 months to August 2020, deforestation in the Brazilian Amazon increased 9.5 per cent, destroying an area bigger than Jamaica, according to government data. ― AFP

These were the details of the news Brazil's Bolsonaro promises Biden to end deforestation, seeks financial help for this day. We hope that we have succeeded by giving you the full details and information. To follow all our news, you can subscribe to the alerts system or to one of our different systems to provide you with all that is new.