Low to medium risk of Russian invasion of Ukraine in next few weeks, says US general 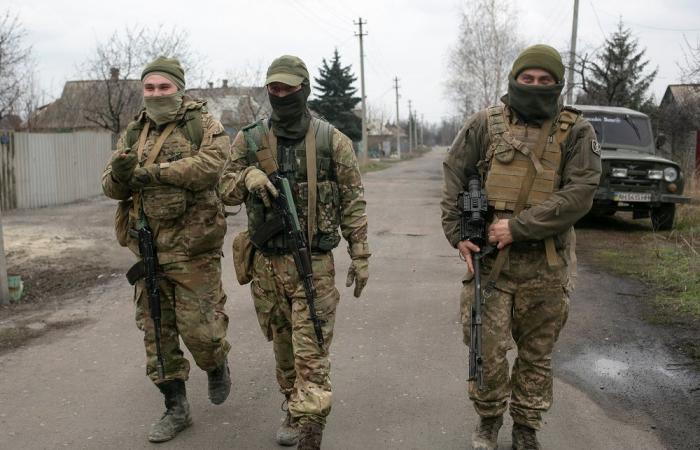 Hello and welcome to the details of Low to medium risk of Russian invasion of Ukraine in next few weeks, says US general and now with the details

WASHINGTON, April 16 ― There is a “low to medium” risk that Russia will invade Ukraine over the next few weeks, the top US general in Europe said yesterday, in the first such military assessment amid mounting concern about Russian troop movements toward Ukraine's borders.

Air Force General Tod Wolters declined to explain the intelligence driving his assessment, which does not suggest that the US military expects a Russian invasion at this point, but he is not ruling one out or playing down the risk.

But, in testimony before a House of Representatives committee he later suggested his view about the risks in the coming weeks and months was at least partly based on the disposition of Russian forces.

The Pentagon has declined to detail its assessment on the size and composition of those troops, referring reporters to Moscow. However, the White House disclosed last week that Russia had more troops on Ukraine's eastern border than at any time since 2014, when it annexed Crimea and backed separatist territory seizures.

Asked by a lawmaker on the Armed Services Committee to estimate the chances of an invasion in the next few weeks, Wolters said: “Low to medium.”

Pressed by another lawmaker to explain whether that risk would change after that period, Wolters kept his cards close, saying: “The answer is, it depends.”

“And I would have to take each and every second of the day from this point till tomorrow to give you a different answer,” said Wolters, who is both head of the US military's European Command and is Nato's supreme allied commander Europe.

If the current trajectory stayed the same, however, Wolters estimated the risk of an invasion could decrease.

“My sense is, with the trend that I see right now, that the likelihood of an occurrence will start to wane,” he told Congress members.

Ukraine and Russia have traded blame over a spike in violence in the conflict in eastern Ukraine, where Ukrainian troops have battled Russian-backed separatist forces in a conflict that Kyiv says has killed 14,000 people since 2014.

Tensions over a buildup of Russian troops on Ukraine's eastern border have pushed up the cost of raising domestic debt and prompted the government to accelerate efforts to secure more International Monetary Fund loans, an adviser to Ukraine's president told Reuters yesterday.

The United States sought to impose costs on Russia on Thursday by imposing a broad array of sanctions, including curbs to its sovereign debt market, to punish it for interfering in last year's US presidential election, cyber-hacking, bullying Ukraine and other alleged “malign” actions.

Laura Cooper, deputy assistant secretary of defense for Russia, Ukraine and Eurasia, pointed to the sanctions and described the conflict in eastern Ukraine as “a hot war right now.”

Still, both Cooper and Walters did not request additional authorities to support Ukrainian forces, which started receiving anti-tank weapons and other weaponry in recent years from Washington.

“I think we have the right authorities and we have been able to provide the right lethal assistance, again, both on the land domain and the maritime domain at this point,” Cooper said. ― Reuters

These were the details of the news Low to medium risk of Russian invasion of Ukraine in next few weeks, says US general for this day. We hope that we have succeeded by giving you the full details and information. To follow all our news, you can subscribe to the alerts system or to one of our different systems to provide you with all that is new.