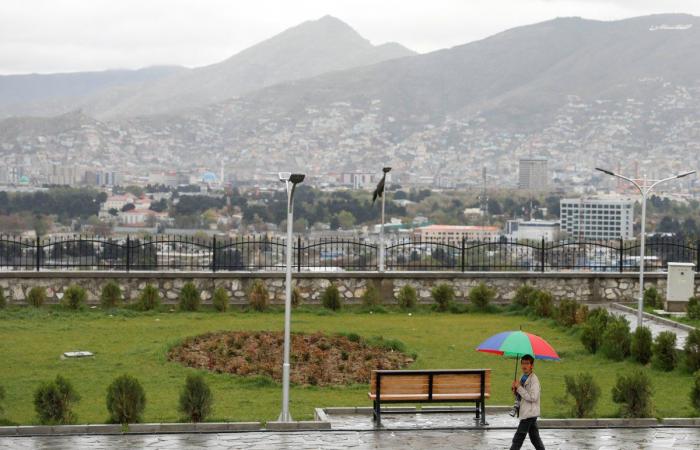 Jeddah - Yasmine El Tohamy - NEW DELHI: Indian health officials admitted on Thursday that the coronavirus outbreak had taken an unexpected turn with new infections doubling since last week, surging to a daily record of more than 200,000 and overwhelming medical facilities.

Official reports showed 200,739 new COVID-19 cases on Thursday with 1,038 coronavirus-related deaths. Over 14.1 million Indians have contracted the virus since the beginning of the outbreak last year and 173,123 have died as a result.

“We can’t predict what’s going to happen and how the situation will unfold,” Dr. Rajni Kant, of the Indian Council of Medical Research, the government’s apex medical body, told Arab News.

“We don’t know what is the peak and when is the peak,” Kant said, adding that crowding has played a “significant role in spreading the virus.”

A surge in COVID-19 cases in New Delhi from 1,000 in early April to over 17,000 has prompted authorities to impose a weekend lockdown in the capital, with only essential services allowed.

“These restrictions are for your sake. It will be inconvenient, but it is necessary to break the chain of transmission,” New Delhi Chief Minister Arvind Kejriwal told a press conference on Thursday.

As medical facilities are overwhelmed by the rapid rise in infections, the capital city’s administration has converted 23 hotels and banquet halls into temporary hospitals.

Crematoriums in the city are also struggling with a sharp rise in coronavirus deaths.

“We are now receiving more COVID-19-affected bodies than before and in the last week the sudden surge has burdened us,” Ram Pal Mishra, of Dayanand Muktidham Cremation Ground and Electric Crematorium in New Delhi, told Arab News.

The situation in neighboring Uttar Pradesh is also grim, with India’s largest state on Thursday becoming the second worst performer in the country with over 20,000 cases, after the state of Maharashtra, which makes up a quarter of India’s coronavirus tally.

The Uttar Pradesh government on Thursday announced an 8 p.m. to 7 a.m. night curfew.

“The situation in the state is critical, but we are trying to manage,” Communicable Disease Department Director Dr. Ashok Kumar Paliwal said.

“We are trying to boost the infrastructure and boost medical facilities,” he told Arab News. “People need to cooperate in containing the virus.”

Business communities in the state capital of Lucknow decided on Thursday to voluntarily shut down the city’s markets for three days.

“We have already lost more than 50 businessmen since February in the absence of proper medical and testing facilities. We can’t afford to lose more,” Amarnath Mishra, of the Lucknow Business Association, told Arab News.

“It’s a very grim situation and we cannot continue like this,” he said.

Hospitals in Ahmedabad, the main city, are running out of beds and patients have to wait hours in ambulances outside medical facilities to be admitted.

“In Gujarat the situation is bad, especially in Ahmedabad,” Ahmedabad Medical Association President Dr. Mona Desai said. “Infections are spreading very fast, hardly any beds are available, there is waiting in ICUs and a shortage of oxygen.”

She added: “We are in a hopeless state. The situation is getting worse.”

Several million Hindus have gathered to take a ritual dip in the Ganges River in Haridwar city in the northern state of Uttarakhand since April 1, as officials struggle to impose safety measures.

The month-long festival takes place every 12 years and its venue is chosen among four cities: Allahabad, Haridwar, Nasik and Ujjain.

According to social activist Anoop Nautiyal, of the Development for Communities Foundation, most of the COVID-19 cases in the state are emerging near the Kumbh Mela venue in Haridwar.

“Ground reports and pictures show widespread violation of COVID-19 protocols, raising speculation that it might become a super spreader,” he said.

These were the details of the news Afghan government denies preventing Pakistani delegation from landing in Kabul for this day. We hope that we have succeeded by giving you the full details and information. To follow all our news, you can subscribe to the alerts system or to one of our different systems to provide you with all that is new.