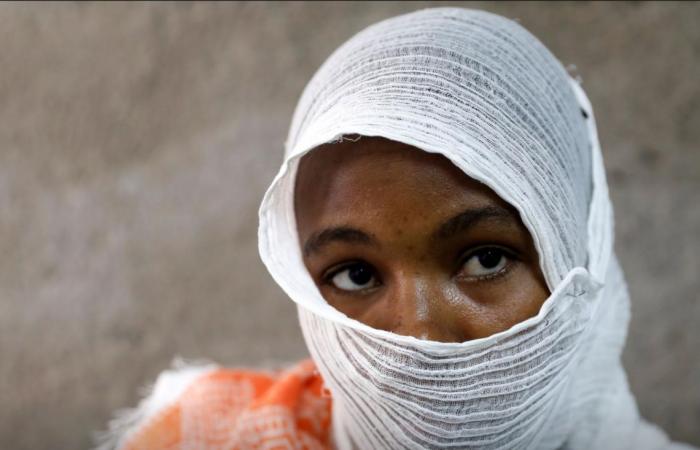 You are now following the details of the Special Report: Health official alleges ‘sexual slavery’ in Tigray; women blame soldiers news and now we leave you with the details

Mohamed Nass - Cairo - It was the beginning of an 11-day ordeal in February, during which she says she was repeatedly raped by 23 soldiers who forced nails, a rock and other items into her vagina, and threatened her with a knife.

Doctors showed Reuters the bloodstained stone and two 3-inch nails they said they had removed from her body.

The woman, 27, is among hundreds who have reported that they were subjected to horrific sexual violence by Ethiopian and allied Eritrean soldiers after fighting broke out in November in the mountainous northern region of Ethiopia, doctors said.

Some women were held captive for extended periods, days or weeks at a time, said Dr Fasika Amdeselassie, the top public health official for the government-appointed interim administration in Tigray.

“Women are being kept in sexual slavery,” Fasika told Reuters. “The perpetrators have to be investigated.”

Reports of rape have been circulating here for months. But Fasika’s assertion, based on women’s accounts, marks the first time an Ethiopian official – in this case, a top regional health officer – has made a sexual slavery accusation in connection with the conflict in Tigray.

In addition, eight other doctors at five public hospitals told Reuters that most of the rape victims described their attackers as either Ethiopian government soldiers or Eritrean troops. It was more common for women to report sexual violence by Eritrean soldiers, the doctors said.

The Eritreans have been helping Ethiopia’s central government fight the region’s former ruling party, the Tigray People’s Liberation Front (TPLF), in the conflict plaguing the Horn of Africa nation.

Taken together, the descriptions paint the most detailed picture to date of the sexual violence against women in Tigray and the military’s alleged involvement in it.

Most people interviewed for this article declined to be identified. They said they feared reprisals, including possible violence, by soldiers who guard the hospitals and towns.

Ethiopia’s Prime Minister Abiy Ahmed acknowledged in a speech to parliament on March 23 that “atrocities were being committed by raping women” and promised that the perpetrators would be punished. He did not identify the alleged perpetrators.

He said then for the first time that Eritrean soldiers had entered the conflict in Tigray in support of the Ethiopian government after the TPLF attacked military bases across the region in the early hours of November 4. Ethiopia’s government had previously denied this, and the Eritrean government still does not acknowledge their troops’ presence. The TPLF was the dominant power in the central government when Eritrea fought a bloody border war with Ethiopia a generation ago.

Neither the Ethiopian nor the Eritrean governments responded to Reuters’ questions about specific cases raised by women and their doctors, or about the accusation of sexual slavery. No charges have been announced by civilian or military prosecutors against any soldiers. However, officials in both countries emphasized that their governments have zero tolerance for sexual violence – a point Abiy’s spokeswoman, Billene Seyoum, said the prime minister reiterated recently in discussions with military leaders.

Billene said the United Nations, the African Union and Ethiopia’s state-appointed human rights commission have been authorized to carry out joint investigations into alleged abuses by all sides in the conflict. That includes the “criminal clique,” she said, referring to the TPLF.

An Ethiopian military spokesman and the head of a government task force on the Tigray crisis did not respond to phone calls and text messages seeking comment. Reuters could not reach military leaders in either country.

Asked about the reports that Eritrean troops have committed rapes in Tigray and are keeping women in sexual slavery, the country’s information minister, Yemane Gebremeskel, accused TPLF activists of “coaching ‘sympathizers’ to create false testimonies.”

“All the fabricated stories – which are alien to our culture and laws – are peddled to cover up the crimes of the TPLF which started the war,” he told Reuters in a written response.

Reuters was unable to reach a TPLF spokesman.

Fasika, the health official, said at least 829 cases of sexual assault have been reported at the five hospitals since the conflict in Tigray began.

Those cases were likely “the tip of the iceberg,” Fasika said. Rape is underreported here in Ethiopia because it carries a huge stigma. Also, most of the region’s health facilities are no longer functioning, and travel between towns remains dangerous, he said.

Most of the women who have come forward are either pregnant or sustained severe physical injury from the rapes, Fasika said.

Reuters interviewed 11 women who said they had been raped by soldiers from Eritrea, Ethiopia or both. Four said they were kidnapped, taken to military camps and gang raped, in some cases alongside other women. The women did not know the camp names but said they were located near Mekelle and the towns of Idaga Hamus, Wukro and Sheraro.

Reuters could not independently verify their accounts. However, all told similar stories of being beaten and brutalized. Healthcare providers confirmed that the 11 women’s injuries were consistent with the events they described, and they showed Reuters medical records for three of the women detailing their conditions.

The healthcare providers also shared details of nine other cases of sexual assault, including the ordeals of two 14-year-old girls.

Although Ethiopia’s government declared victory over the TPLF in November, fighting continues in some areas, and medical workers say new rapes are reported at the region’s health facilities every day.

“This is being done to dishonour the women, to break their pride,” said a doctor at Ayder Referral Hospital, in Mekelle, citing the brutality of the attacks and humiliation of victims. “This is not for sexual gratification. The rapes are to punish Tigray.”

The 27-year-old mother said uniformed soldiers from Eritrea pulled her off a minibus on the road from Mekelle to the city of Adigrat on Feb. 6. They tied her up and marched her through fields to a bush camp, she said. After 11 days of rapes and beatings, she said, the soldiers forced nails, cotton, plastic bags and a rock into her vagina and left her alone in the bush.

Villagers found her unconscious and brought her to a nearby hospital.

She said she was still bleeding from severe internal injuries and could not control her urine, walk without a crutch or sit up for long periods. One leg was broken, she said.

She also described a different kind of pain: While in the hospital, she has no way to speak to her 4-year-old son and 6-year-old daughter because the Eritrean soldiers took her cell phone. She had left the children with her mother to search for food and never returned. At the time, the family had less than a week’s worth of bread.

“I don’t know anything, if they are dead or alive,” she said. “The enemy destroyed my life.”

A 32-year-old mother in Mekelle told Reuters that soldiers removed her from a minibus on the same road at the end of February. They were dressed in Ethiopian uniforms, she said, but spoke with an Eritrean accent and had traditional facial scarification typical of the neighbouring country. She said they shot her 12-year-old son dead in front of her, then brought her to a camp where she was held with other female captives and repeatedly raped for 10 days.

“Tell my story,” she said. “This is happening to women out there right now. I want this to end with me.”

A 28-year-old house cleaner said soldiers grabbed her from a street in Mekelle on the afternoon of Feb. 10 and took her to a field outside a military base where she was raped by more than 10 men wearing Ethiopian or Eritrean uniforms.

Wiping away tears, she said that during her two-week ordeal, soldiers doused her with alcohol and mocked her as they assaulted her. She escaped when her captors were distracted by gunfire, she said.

The government has set up a task force separate from the human rights commission to investigate the reports of sexual violence. Its head, Mebrihit Assefa, said the body includes representatives from the regional health bureau, the attorney general’s office and federal police.

The task force plans to set up five centers where rape survivors can file reports with law enforcement and receive medical and psychosocial support.

“Our prosecutors (and) police officers are there to investigate all crimes committed, including sexual violence,” said Awol Sultan, a spokesman for the attorney general’s office.

He did not respond to questions about the women alleging they were raped during captivity, or whether prosecutors were in touch with either the Eritrean or Ethiopian militaries. The results of the criminal investigations will be released publicly at an unspecified date, he said.

Abera Nigus, the head of Tigray’s justice bureau, said the legal process was likely to be complicated because most courts are not functioning in Tigray, and many rape victims cannot identify their assailants.

Knowing their rapists are still at large also has discouraged women from seeking help, doctors said.

One woman had been gang raped on three separate occasions, according to the hospital notes.

Another was five months pregnant when she was raped, the notes indicate. Two 14-year-old girls were sexually assaulted in front of their families. One girl had a hand and foot amputated.

She had been shot for resisting her assailant.

These were the details of the news Special Report: Health official alleges ‘sexual slavery’ in Tigray; women blame soldiers for this day. We hope that we have succeeded by giving you the full details and information. To follow all our news, you can subscribe to the alerts system or to one of our different systems to provide you with all that is new. 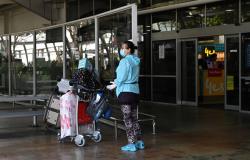 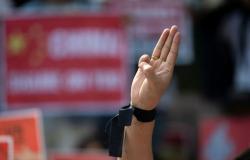