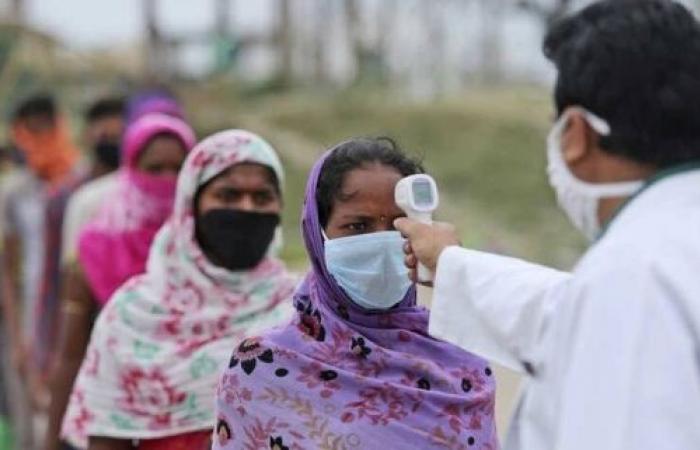 We show you our most important and recent visitors news details India registers record 200,739 new COVID-19 cases as biggest cities shut down in the following article

India registered 200,739 new COVID-19 cases within the past 24 hours, marking the largest daily increase since the start of the outbreak, according to figures released by the federal health ministry.

The total number of those who tested positive for the coronavirus in India has reached 14,074,564, according to the ministry.

Within the same period of time, the death toll has risen by 1,038 to 173,123 people. More than 12.42 million patients have recovered since the start of the epidemic.

India comes second in terms of the number of confirmed COVID-19 cases, following the United States with more than 31.42 million patients.

Hospitals and doctors in the western state of Maharashtra as well other regions including Gujarat and Delhi in the north reported chaotic scenes as healthcare facilities were overwhelmed with a surge in admissions of COVID-19 patients.

The soaring cases and deaths come just months after India thought it had seen the worst of the pandemic — and have forced the country to delay exports of vaccines abroad. India is a major producer of COVID-19 shots, and its pivot to focus on domestic demand has weighed heavily on global efforts to end the pandemic.

New Delhi announced stay-at-home orders for the weekend, though essential workers will be able to move about if they have a pass from local authorities. Restaurants, malls, gyms and spas will be shut down. Movie theaters will close on weekends, but can operate on weekdays at a third of their capacity.

The moves in Nee Delhi came after similar measures were imposed in Maharashtra, home to financial capital, Mumbai. The bustle of India’s biggest city ebbed after authorities closed most industries, businesses and public places Wednesday night and put limits on the movement of people for 15 days. Train and plane travel was still allowed, however. — Agencies

These were the details of the news India registers record 200,739 new COVID-19 cases as biggest cities shut down for this day. We hope that we have succeeded by giving you the full details and information. To follow all our news, you can subscribe to the alerts system or to one of our different systems to provide you with all that is new.