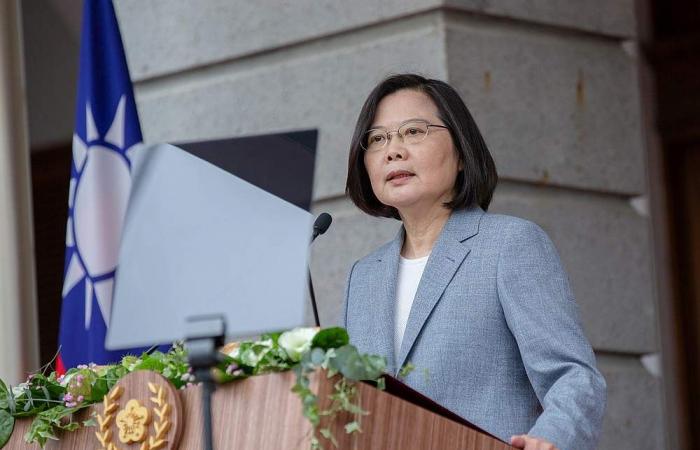 Former senior US officials, including former US Senator Chris Dodd and former Deputy Secretaries of State Richard Armitage and James Steinberg, are visiting Taipei in a trip to signal Biden's commitment to Taiwan and its democracy.

Tsai told the US delegation in a meeting at the Presidential Office that Chinese military activities in the region have threatened regional peace and stability.

“We are very willing to work with like-minded countries, including the United States, to jointly safeguard the peace and stability of the Indo-Pacific and deter adventurous manoeuvres and provocations,” Tsai said in the meeting that was broadcast live on Facebook.

She vowed to continue to cooperate with the United States to counter “cognitive warfare” and misinformation. She did not elaborate.

Tsai also told the delegation that Taiwan looks forward to resuming trade talks with the United States as soon as possible.

Taiwan is China's most sensitive territorial issue and a major source of contention with Washington, which is required by US law to help the island defend itself.

The island has complained over the last few months about almost daily missions by China's air force near its air defence identification zone (ADIZ). Twenty-five Chinese aircraft, including fighters and nuclear-capable bombers, entered Taiwan's ADIZ on Monday in the largest reported incursion to date.

The unofficial US visit, which a White House official called a “personal signal” of the president's commitment to Chinese-claimed Taiwan, is further straining Sino-US relations.

China yesterday described its military exercises near Taiwan as “combat drills” and said the meeting of the US officials with Tsai “will only exacerbate the tense situation in the Taiwan Strait”. ― Reuters

These were the details of the news Taiwan president tells Biden's emissaries island will counter China's 'adventurous manoeuvres' with US for this day. We hope that we have succeeded by giving you the full details and information. To follow all our news, you can subscribe to the alerts system or to one of our different systems to provide you with all that is new.