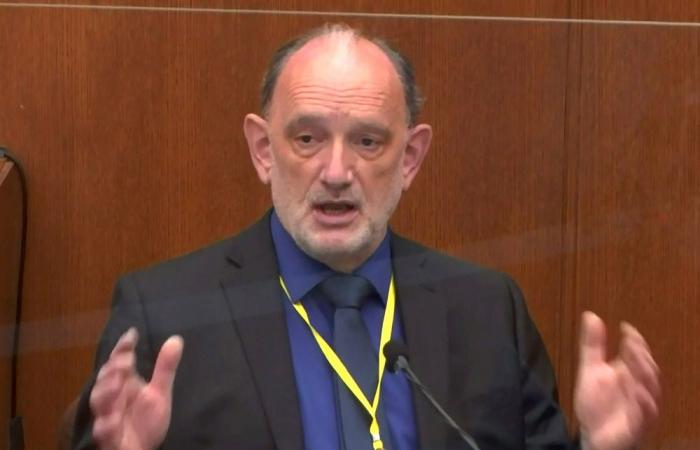 MINNEAPOLIS, April 15 ― An expert called yesterday to testify for the defence in the George Floyd murder trial is himself a defendant in a civil case that accuses him of covering up the cause of death of a Black teenager.

David Fowler, who was Maryland's chief medical examiner until his retirement in 2019, told the Minneapolis court that Floyd's death was the result of heart disease that caused his heart to beat erratically.

Fowler similarly concluded that a Black Maryland teenager, Anton Black, died of natural causes while he was being held to the ground by white police officers in 2018 for six minutes.

According to a lawsuit filed by the Black family, the police “escaped” responsibility for Anton’s death because Fowler helped cover up the true cause of death, which the family says was a lack of oxygen resulting from police restraint.

Fowler is represented by the State of Maryland in the lawsuit. The state, which declined comment, asked the court last week to dismiss the Black family lawsuit, saying it was based on improper legal grounds, and that the way Fowler determined Black's death did not infringe on his family's constitutional rights.

Floyd died in May 2020 while being pinned face down for more than nine minutes by former Minneapolis policeman and defendant Derek Chauvin, an event captured on video that touched off global protests against police brutality.

But Fowler yesterday, said he would have ruled the cause of death “undecided.” Fentanyl and methamphetamine found in Floyd’s blood and carbon monoxide poisoning from the exhaust fumes of the adjacent police car may have contributed to the death, Fowler said.

“Initially, our family was shocked to learn that Dr. Fowler was testifying in Chauvin’s defence, but there is an eerie and terrifying similarity between the police killings of Anton and George Floyd,” said a statement from the Black family provided yesterday by the American Civil Liberties Union of Maryland.

Local police confronted Black, 19, in September 2018 while he was in the “midst of a mental health crisis,” according to the family's lawsuit.

Three white officers and a civilian chased Black to his home, forced him to the ground and restrained him in a prone position, during which time he struggled to breathe and suffered cardiac arrest, according to the lawsuit.

The Black family lawsuit names Fowler and other officials, as well as the state of Maryland as defendants. The suit alleges the medical examiner's report ignored clear signs that the teen was asphyxiated due to restraint and masked the true cause of death, violating the family's civil rights.

Fowler's ruling enabled the state's attorney to decline to criminally prosecute the officers, the family said.

“Our family believes Dr. Fowler colluded with police to cover up their responsibility for killing Anton,” said the statement. ― Reuters

These were the details of the news Expert in Floyd trial faces civil lawsuit over Black teen who died under police restraint for this day. We hope that we have succeeded by giving you the full details and information. To follow all our news, you can subscribe to the alerts system or to one of our different systems to provide you with all that is new.