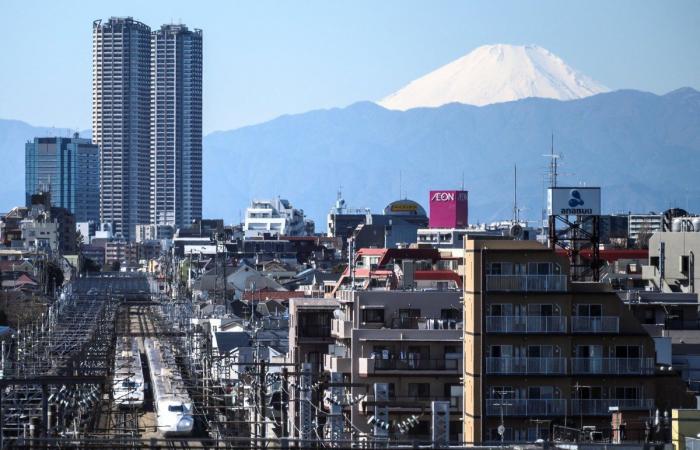 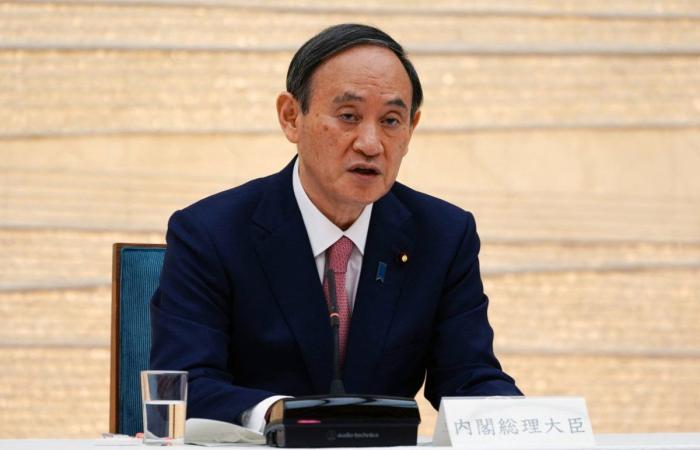 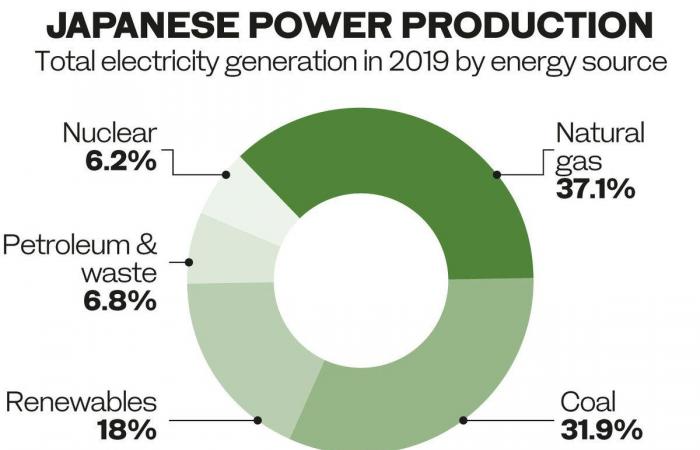 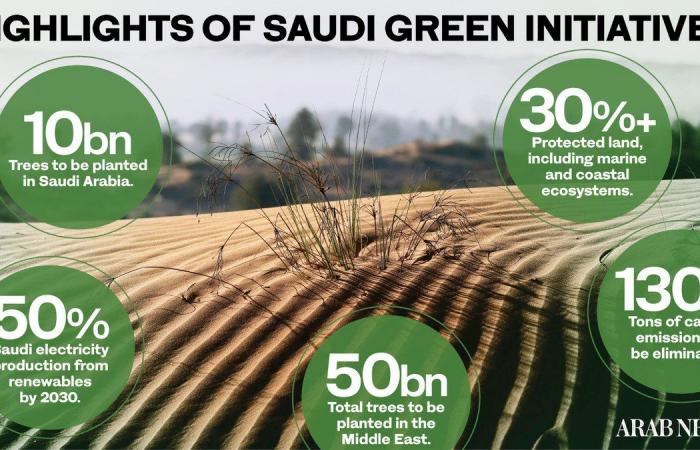 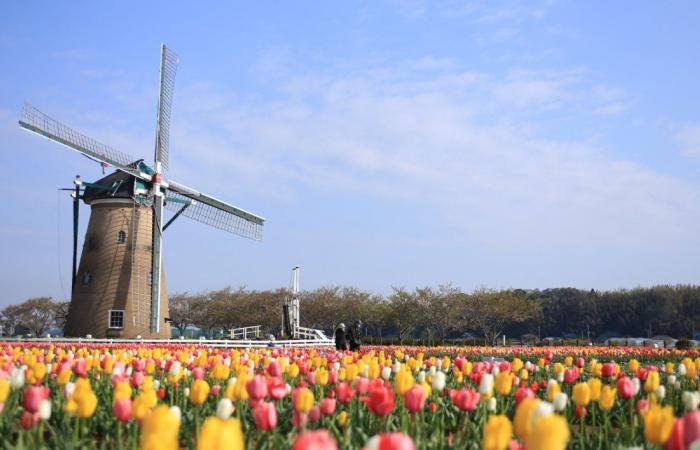 Thank you for reading the news about Climate change mitigation: What Saudi Arabia and Japan can learn from one another and now with the details

As Saudi Arabia launches its own ambitious environmental initiatives, experts say the two countries have much to learn from one another as both the Kingdom and Japan remain heavily reliant on fossil fuels.

Japan is the world’s fifth-biggest emitter of carbon dioxide, making timely steps towards renewable energy use and cuts in fossil fuel imports imperative for the country to meet the goals of the Paris Agreement.

“Responding to climate change is no longer a constraint on economic growth,” Suga said in his first policy address to parliament. “We need to change our thinking to the view that taking assertive measures against climate change will lead to changes in industrial structure and the economy that will bring about great growth.”

Building on Suga’s speech, Japan presented its “Green Growth Strategy in line with Carbon Neutrality in 2050” in December, setting out an industrial policy that marries economic growth with environmental protection.

As part of his plan, Japan will energize research and development in solar cells and battery technology, promote carbon recycling, and expand digitalization of the economy. Infrastructure projects, including vast offshore wind farms, are already in the pipeline.

“Achieving the aim of carbon-neutrality by 2050 will require Japan to substantially accelerate the deployment of low-carbon technologies, address regulatory and institutional barriers, and further enhance competition in its energy markets,” the International Energy Agency (IEA) said in its March 2021 country report. 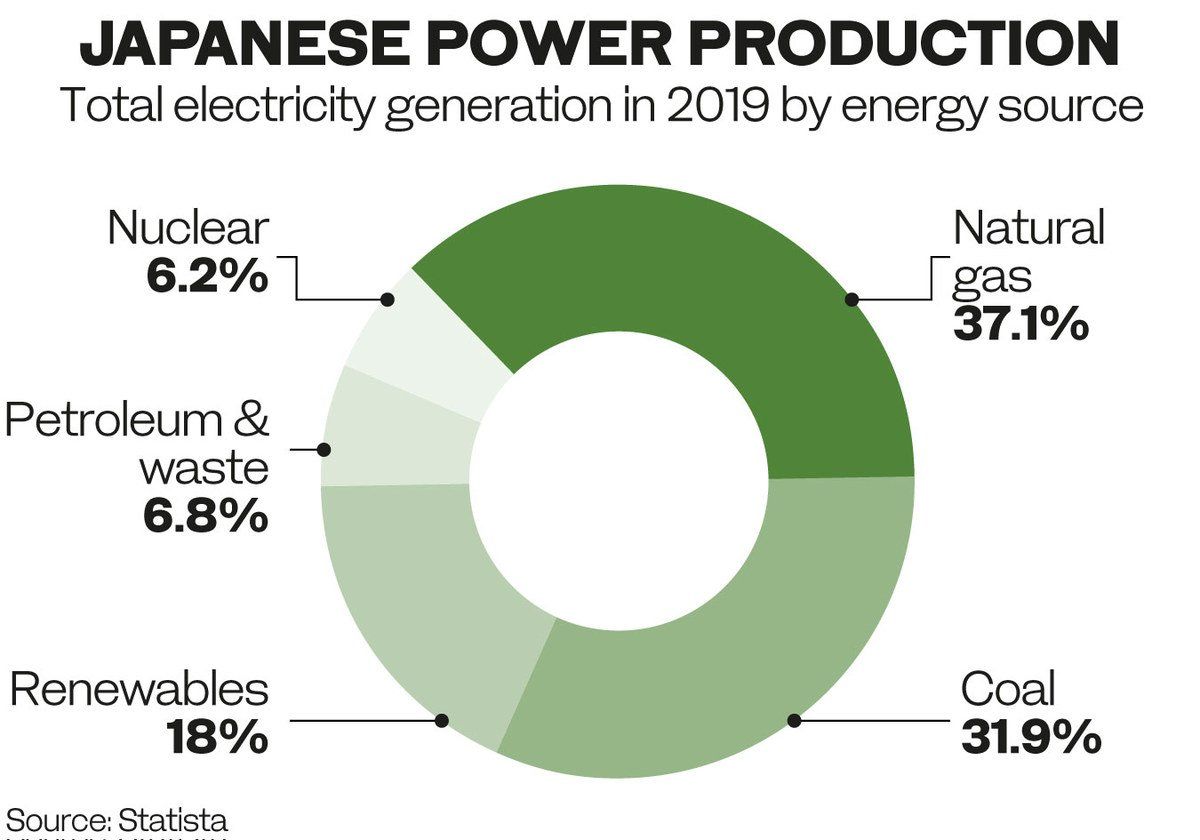 Suga’s carbon-cutting plans could be as trailblazing for East Asia as Saudi Arabia’s environmental initiatives, unveiled by Crown Prince Mohammed bin Salman on March 27, could prove for West Asia.

These initiatives are designed to work in tandem with Vision 2030, Saudi Arabia’s commitment to diversifying its economy away from oil, empowering its citizenry and opening up to global visitors and investors. 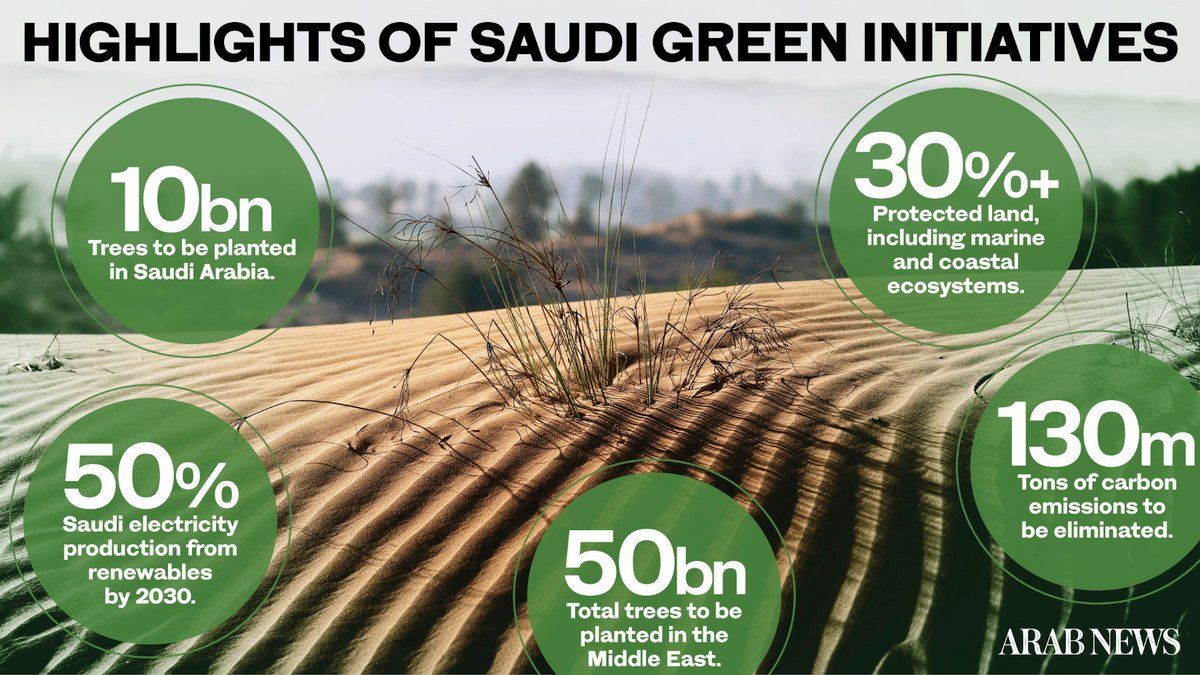 Koichiro Tanaka, a professor at Tokyo’s Keio University and a former managing director at the Institute of Energy Economics in Japan, said Saudi Arabia’s regional approach in mitigating climate change is unique.

“This is the reason why numerous countries from South Asia to West Asia have voiced their support and expressed willingness to join the initiative,” he told Arab News, adding: “If there is room for a country like Japan to cooperate and collaborate, it should definitely benefit both parties in its effort to address climate change.”

Japan’s transitional experience could prove instructive for other economies, both advanced and developing, eager to cut their own emissions.

“All developed and developing economies need to be able to meet their nation’s energy needs while combating climate change,” he told Arab News.

“Since nuclear has dropped out of the energy mix in Japan, it has exacerbated the problem and increased reliance on energy imports. However, they have developed clear road maps to change the mix and meet environmental targets.”

Japan suspended its nuclear reactors in the aftermath of the 2011 Fukushima disaster pending a safety review. As a result, Japan’s already heavy reliance on imported fossil fuels ballooned further.

Although there remains widespread public mistrust of nuclear power, the Japanese government sees its reactors as a realistic means of meeting its carbon-neutral goals. It now intends to raise the share of its power sourced from nuclear to between 20 and 22 percent by 2030.

Kaeppner said one way Japan hopes to clean up its legacy infrastructure is through decarbonization of its coal-fired plants using clean ammonia as a fuel additive. It also has a detailed hydrogen strategy, which the NEOM experts considers one of the world’s most advanced.

Indeed, hydrogen is expected to play a central role in Japan’s clean energy transition. By 2030, Japan aims to have 800,000 fuel cell vehicles, more than 5 million residential fuel cells and to establish an international hydrogen supply chain, according to the IEA.

It is also experimenting with large-scale power generation based on hydrogen — all of which will provide valuable lessons for the international energy community.

“Japan’s willingness to embrace innovation while pursuing its targets is probably at the heart of creating a strong renewable energy mix, which can be seen by their ambitious strategic hydrogen road map,” Kaeppner said.

Blue ammonia, created from the byproducts of current fossil fuel production and usage, is 18 percent hydrogen, making it a viable alternative energy source. In fact, hydrogen power is a key facet of the NEOM project.

“NEOM goes one step further in creating a market which is completely carbon-free and is at the core of NEOM’s approach to build on a 100 percent sustainable supply chain,” Kaeppner said.

Japan’s transition will be a long slog, no matter the level of interest shown by politicians, the private sector, and civil society, said Tatiana Antonelli Abella, founder and managing director of UAE-based green social enterprise Goumbook.

“Japanese corporations lead the world in green technologies, such as hybrid automobiles, while both citizens and the state have endeavored to clean up polluted skies and waterways, reduce greenhouse emissions and adopt the three Rs: reduce, reuse and recycle,” she told Arab News.

And yet, Japan has a long history of deforestation, industrial pollution, rampant consumerism, wasteful state infrastructure projects, controversial stances on whaling and, of course, a heavy reliance on imported fossil fuels.

“Like many nations, Japan struggles to balance economic growth and environmental protection,” Abella said. “Unlike many nations, however, it has the affluence and motivation to develop green policies, technologies and practices.”

She added that “an over-supply of energy, a lack of strategic direction from policymakers, the economic effects of COVID-19, and continued dependence on fossil fuels” could pose challenges for other countries.

Still, Japan, with its ambitious government targets, political stability and solid regulatory and legal framework, is a model undoubtedly worthy of emulation.

These were the details of the news Climate change mitigation: What Saudi Arabia and Japan can learn from one another for this day. We hope that we have succeeded by giving you the full details and information. To follow all our news, you can subscribe to the alerts system or to one of our different systems to provide you with all that is new.