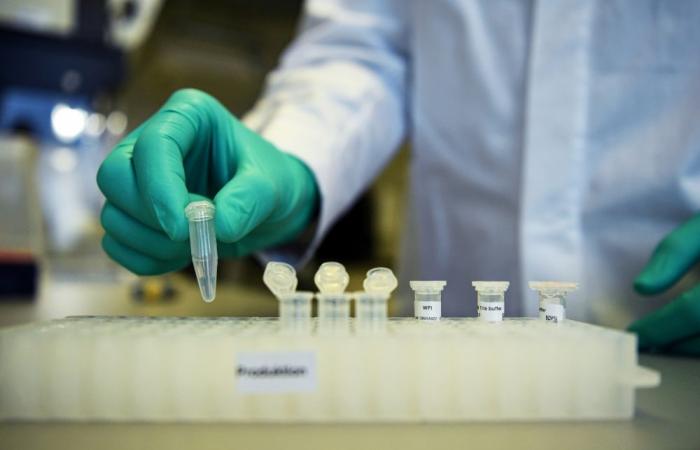 Hello and welcome to the details of Europe’s vaccine rollout hit by doubts over J&J, AstraZeneca shots and now with the details

COPENHAGEN, April 14 — Europe’s choppy vaccine rollout hit more trouble today after US drugmaker Johnson & Johnson delayed its Covid-19 shot and Denmark said it would drop a similar vaccine from AstraZeneca over the risk of blood clotting.

The European Medicines Agency (EMA) said it expected to issue a recommendation on Johnson & Johnson’s vaccine next week but that it continued to believe the benefits of the shot outweighed the risks of side effects.

US federal health agencies recommended pausing use of the vaccine for at least a few days after six women under age 50 developed rare blood clots after receiving the shot.

Deliveries had already begun in some European countries but authorities took differing approaches on whether to restrict use of the single-shot vaccine, with Belgium and France saying they would go ahead, while Greece and Italy put them on hold.

The EMA said J&J was in contact with national authorities and recommended storing doses already received until the safety committee issued an expedited recommendation.

The delay came as a further blow to Europe’s faltering vaccinations campaign, which has been hit by problems ranging from poor coordination between national and regional authorities to procurement difficulties and a damaging contractual row with British-Swedish drugmaker AstraZeneca.

Scientific information and analytics company Airfinity said suspension of J&J’s vaccine could delay efforts to vaccinate most people in the European Union by over two months to December.

Earlier this month, European regulators said they had found a possible link between AstraZeneca’s Covid-19 vaccine and a similar rare blood clotting problem to the one connected to the Johnson & Johnson shot that led to a small number of deaths.

The EMA has recommended AstraZeneca’s vaccine, saying the benefits outweigh the risks, but several EU countries have limited its use to certain age groups and today, Danish authorities said they were dropping the AstraZeneca vaccine.

The head of the Danish Health Authority said its investigations showed that one in 40,000 people vaccinated with the AstraZeneca shot would get serious side-effects.

Although deliveries of the J&J shot had barely begun in Europe, questions about the two vaccines threaten to undermine public confidence in the low-cost shots which authorities had been counting on in the fight against a pandemic that has claimed more than 3 million lives.

An official from the US Food and Drugs Administration (FDA) said it was “plainly obvious” the J&J cases were “very similar” to the AstraZeneca ones. He said no similar blood clot cases had been reported among recipients of the Moderna or Pfizer/BioNTech, vaccines, which use a different technology.

J&J has said it is working closely with regulators and noted no clear causal relationship had been established between the events and its shot.

AstraZeneca was not immediately available for comment today. It has said in the past it is working to understand individual cases of side-effects and “possible mechanisms that could explain these extremely rare events”.

The potential risks with blood clots comes on top of an angry row between the European Commission and AstraZeneca, after the drugmaker delivered only a fraction of the vaccines ordered by Brussels.

Italian newspaper La Stampa reported that the Commission had decided not to renew vaccine contracts next year with AstraZeneca and J&J and would instead focus on vaccines using messenger RNA (mRNA) technology, such as Pfizer’s and Moderna’s.

A spokesman for the EU Commission said it was keeping all options open but declined to comment on the contracts.

The clotting issue has so far been confirmed to have affected only a handful of the millions of people vaccinated, leaving authorities facing a difficult public health dilemma, exacerbated in many countries by widespread public suspicion of vaccines in general.

The FDA said there had been one reported death from the rare blood clotting condition among recipients of the J&J vaccine, while another person was in a critical condition.

An advisory committee to the US Centers for Disease Control and Prevention is due to meet today to review the six clotting cases and vote on recommendations for future use of the shot. The FDA will then review the analysis.

All six cases involved women between the ages of 18 and 48, with symptoms occurring six to 13 days after vaccination. The FDA said patients should watch for up to three weeks for symptoms including severe headache, abdominal pain, leg pain or shortness of breath.

In the six cases, a type of blood clot called cerebral venous sinus thrombosis (CVST) was seen in combination with low levels of blood platelets, or thrombocytopenia.

The J&J and AstraZeneca vaccines both use an adenovirus - a harmless cold virus - as a vector to deliver instructions for human cells to produce a protein found on the surface of the coronavirus, spurring the immune system to recognize and attack the actual virus. — Reuters

These were the details of the news Europe’s vaccine rollout hit by doubts over J&J, AstraZeneca shots for this day. We hope that we have succeeded by giving you the full details and information. To follow all our news, you can subscribe to the alerts system or to one of our different systems to provide you with all that is new.