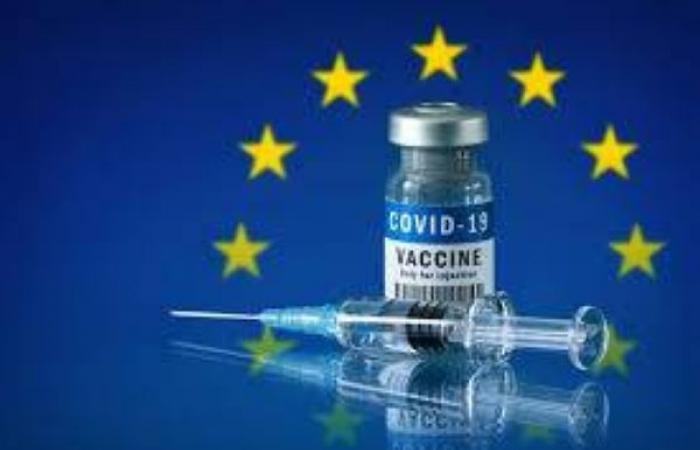 Hind Al Soulia - Riyadh - BRUSSELS — The European Union will get an extra 50 million COVID-19 vaccines from Pfizer by the end of June, Ursula von der Leyen has announced.

The European Commission chief said the total doses EU countries will receive from Pfizer will now be 250 million in the second quarter of this year.

"This will substantially help consolidate the roll-out of our vaccination campaigns. I want to thank BioNTech-Pfizer," she told reporters from Brussels.

"It has proven to be a reliable partner. It has delivered on its commitments, and it is responsive to our needs."

Pfizer had previously committed to delivering 500 million doses of its vaccine before the end of the year.

Von der Leyen also announced that more than 100 million doses of the vaccines have been administered across the 27-country bloc.

"This is a milestone that we can be proud of. Of these 100 million vaccinations, more than a quarter are second doses — which means that we have now more than 27 million people, fully vaccinated," she added.

In addition to Pfizer, The European Medicines Agency (EMA) has approved the use of the vaccines developed by Moderna, AstraZeneca/Oxford University, and Johnson & Johnson.

Moderna is expected to deliver 360 million doses this year while the bloc has bought 200 million doses of the single-shot Johson & Johnson vaccine, also known as Janssen.

But the roll-out of the AstraZeneca and Janssen shots have been hampered by delays.

The Anglo-Swedish pharmaceutical failed to deliver its contracted doses in the first quarter and has already warned it will do so again in the second quarter. Member states have also restricted its use to certain age groups after regulators in the EU and the UK warned of a "possible link" between its use and rare blood clots.

Both stressed however that they continue to believe the benefits of the AstraZeneca vaccine continue to outweigh the risks but Denmark became the first member state on Wednesday to abandon its use.

"At a certain point in time, we might need booster jabs to reinforce and prolong immunity; ad if escape*variants occur, we will need to develop vaccines that are adapted to new variants; and we will need them early and in sufficient quantities," she said.

She added that the negotiations will demand the production of the vaccines and of all its essential components, be based in the EU.

Brussels was harshly criticized for the slow rollout of the vaccines compared to the UK and US which have administered the first dose to 47.4 percent and 35.6 percent of their respective population. EU member states are meanwhile averaging at between 16 and 17 percent, according to Our World In Data.

The European Commission has planned for 70 percent of the bloc's adult population to be vaccinated before the end of August. — Euronews

These were the details of the news EU to get an extra 50 million of COVID-19 vaccines by end of June  for this day. We hope that we have succeeded by giving you the full details and information. To follow all our news, you can subscribe to the alerts system or to one of our different systems to provide you with all that is new.