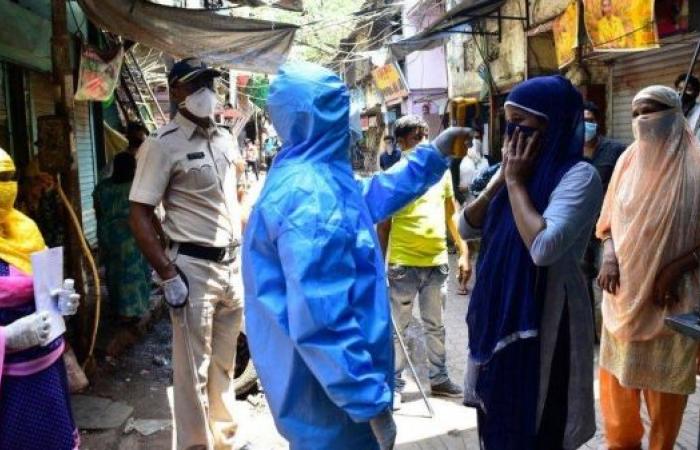 Hind Al Soulia - Riyadh - NEW DELHI — India reported 184,372 new cases of coronavirus on Wednesday, the highest single-day figure since the beginning of the pandemic, according to data from the Indian health ministry.

That's one of the world's highest single-day case counts this week. To put that in perspective, the United States reported more than 77,000 cases on Tuesday and Brazil reported more than 82,000 — both far below India's count, according to data from Johns Hopkins University.

Cases are on the rise in the city of Haridwar, in Uttarakhand state, where the month-long Kumbh Mela religious festival is taking place. Millions of Hindus from across the country have traveled to Haridwar to bathe in the Ganges River and attend prayers together.

Monday marked the first "auspicious" day of the festival, and up to 2.4 million people took a dip in the Ganges, police officials said. The second bathing day kicked off on Wednesday, and the final one will take place on April 27.

Haridwar has seen more than 1,000 new cases in the past two days alone, according to figures released by the state health department. To put that in context, the city reported just 70 new cases on March 31, the day before the festival began.

Tough restrictions will go into effect Wednesday evening in the hard-hit Maharashtra state, lasting until May 1.

Public gatherings will be capped at four people. People are urged to work from home and follow a voluntary curfew. Only essential travel and services will be allowed across the state. Shopping centers, malls, film shoots and beaches will be closed, while hotels and restaurants will only be allowed to provide delivery and takeaway services. — Courtesy CNN

These were the details of the news India reports highest single-day coronavirus
cases as authorities unveil new restrictions for this day. We hope that we have succeeded by giving you the full details and information. To follow all our news, you can subscribe to the alerts system or to one of our different systems to provide you with all that is new.

NEXT UN body urges calm, after bloodshed in Colombian city of Cali