Biden ready to announce US withdrawal, even as peace eludes Afghanistan 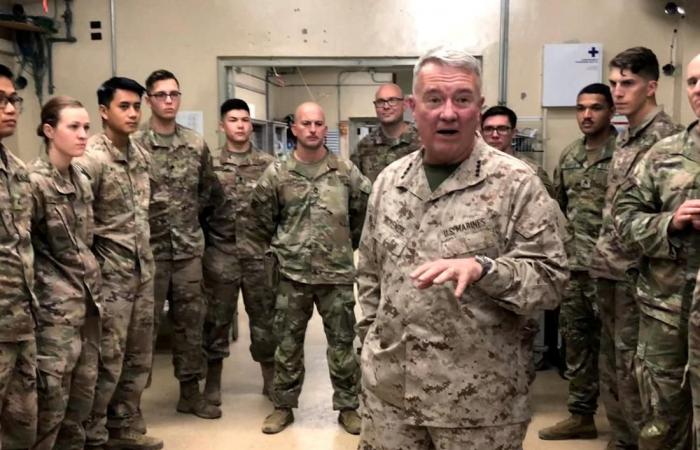 You are now following the details of the Biden ready to announce US withdrawal, even as peace eludes Afghanistan news and now we leave you with the details

Mohamed Nass - Cairo - WASHINGTON (Reuters) – President Joe Biden’s planned announcement on Wednesday of a complete US withdrawal from Afghanistan by September 11 aims to close the book on America’s longest war, as critics warn that peace is anything but assured after two decades of fighting.

As officials disclosed Biden’s pullout plans, the US intelligence community renewed deep concerns on Tuesday about the outlook for the US-backed government in Kabul, which is clinging to an eroding stalemate.

“The Afghan government will struggle to hold the Taliban at bay if the coalition withdraws support,” said the US assessment, which was sent to Congress.

“Kabul continues to face setbacks on the battlefield, and the Taliban is confident it can achieve military victory.”

Biden plans to announce at the White House on Wednesday that all US troops in Afghanistan will be withdrawn no later than September 11, senior US officials said.

September 11 is a highly symbolic date, coming 20 years to the day of al Qaeda’s attacks on the United States, which prompted then-President George W. Bush to launch the conflict. The war has cost the lives of 2,400 American service members and consumed an estimated $2 trillion.

The Democratic president had faced a May 1 withdrawal deadline, set by his Republican predecessor, Donald Trump, who tried but failed to pull the troops out before he left office.

Biden’s decision will keep 2,500 troops in Afghanistan past that May 1 deadline, but officials suggested troops could fully depart before September 11 US troop numbers in Afghanistan peaked at more than 100,000 in 2011.

“There is no military solution to the problems plaguing Afghanistan, and we will focus our efforts on supporting the ongoing peace process,” a senior administration official said.

It remains unclear how Biden’s move would affect a planned 10-day summit about Afghanistan starting on April 24 in Istanbul that is due to include the United Nations and Qatar.

The Taliban, which was ousted from power in 2001 by US-led forces, said it would not take part in any summits that would make decisions about Afghanistan until all foreign forces had left the country.

‘NO GOOD WAY’ TO WITHDRAW

Critics said the departure plan appeared to surrender Afghanistan to an uncertain fate, something that experts say was perhaps inevitable.

“There is no good way that the US can withdraw from Afghanistan. It cannot claim victory, and it cannot wait indefinitely for some cosmetic form of peace,” said Anthony Cordesman at the Center for Strategic and International Studies think tank in Washington.

“There is no easy answer,” Reed said.

US officials can claim to have, years ago, decimated al Qaeda’s core leadership in the region. But ties between the Taliban and al Qaeda elements persist.

By withdrawing without a clear victory, the United States opens itself to criticism that a withdrawal is a de facto admission of failure.

The war began as a search for al Qaeda leader Osama bin Laden following the Islamist militant group’s September 11 attacks, when hijackers slammed airplanes into the World Trade Center in New York City and the Pentagon outside Washington, killing almost 3,000 people. Bin Laden was killed by a US team of commandoes at his Pakistan hideout in 2011.

Successive US presidents sought to extricate themselves from Afghanistan, but those hopes were confounded by concerns about Afghan security forces, endemic corruption in Afghanistan and the resiliency of a Taliban insurgency that enjoyed safe haven across the border in Pakistan.

“Precipitously withdrawing US forces from Afghanistan is a grave mistake,” McConnell said, adding that effective counterterrorism operations require presence and partners on the ground.

Even Biden’s allies in Congress fretted on Tuesday about the impact a withdrawal would have on human rights, given the gains – particularly for women and girls – in Afghanistan in the past two decades.

The senior administration official said US troops were not the best solution for preserving human rights gains, saying that “aggressive diplomatic, humanitarian and economic measures” are needed instead.

These were the details of the news Biden ready to announce US withdrawal, even as peace eludes Afghanistan for this day. We hope that we have succeeded by giving you the full details and information. To follow all our news, you can subscribe to the alerts system or to one of our different systems to provide you with all that is new.