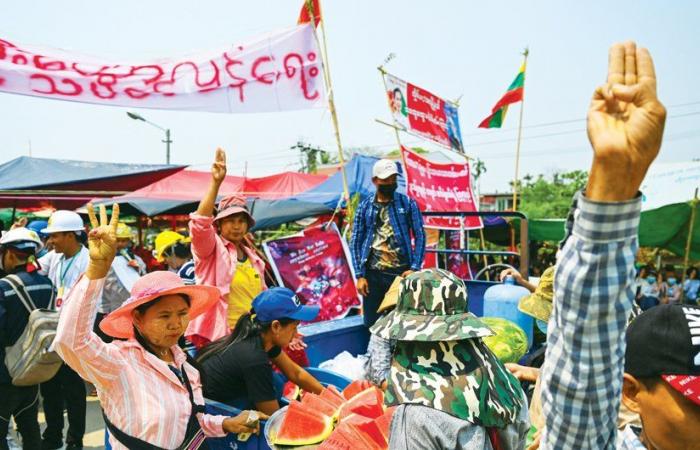 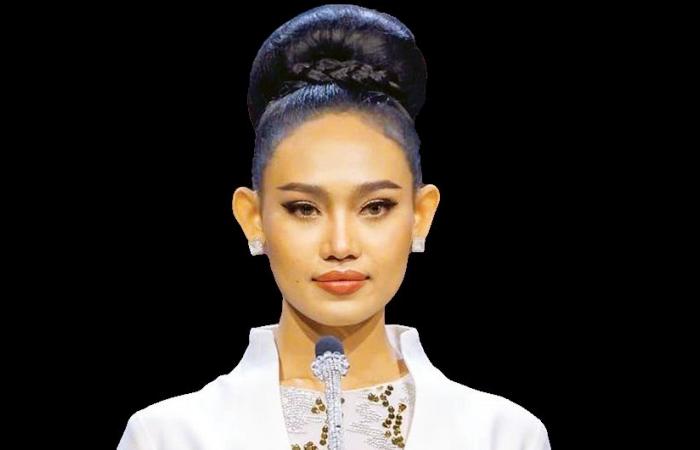 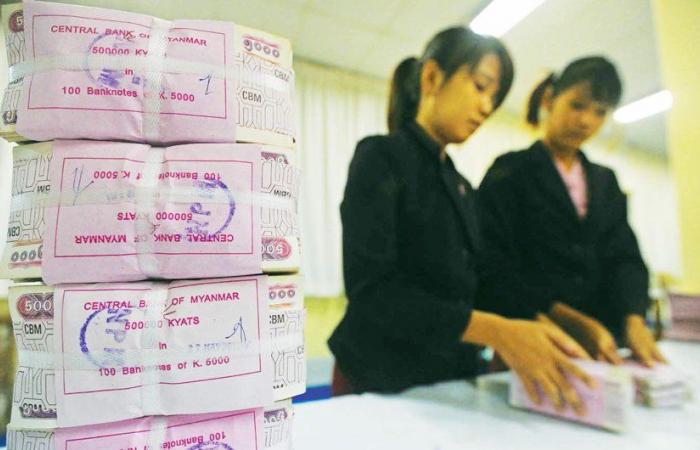 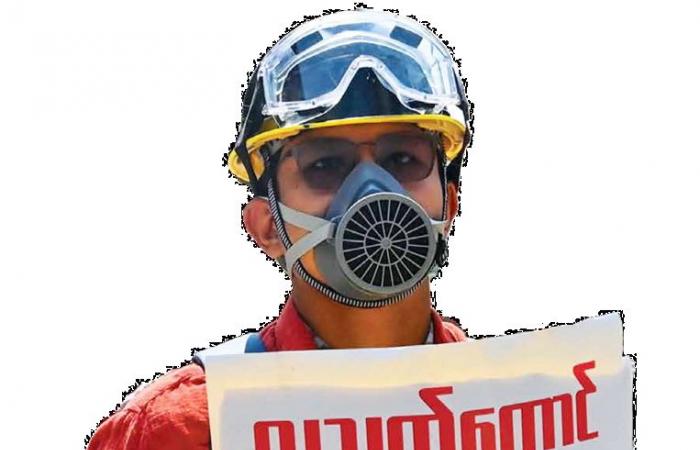 Jeddah - Yasmine El Tohamy - BERNE, Switzerland: Myanmar’s economy has long been shaped by the Tatmadaw — the nation’s powerful armed forces — and by the shifting whims of geopolitics, which together fashion the country’s global trade relations, particularly those concerning its large infrastructure projects.

Since the Feb. 1 coup, which overthrew Aung San Suu Kyi’s National League for Democracy (NLD) government, and the violent suppression of protests which has left more than 600 dead, momentum has been building behind efforts to impose sanctions on the junta.

To date, the US and UK have placed sanctions upon Myanmar’s two big military-owned conglomerates. Several OECD countries have also issued travel bans and asset freezes on army officers involved in the coup.

Pressure is building on companies with investment in the country to sever ties with its military-owned entities. For example, pension funds are pushing South Korean steel giant POSCO to break with its army-owned Burmese joint venture partner.

Meanwhile, Japan’s Kirin Beer, which had invested upwards of $1.7 billion in a joint venture with a military-owned holdings company, has split with its partner — although it plans to continue selling beer in the country.

Not all Western multinationals are on board. Total CEO Patrick Poyanne recently said the company must continue producing gas in order to maintain the country’s power grid and guarantee the safety of its workforce.

However, the oil giant said it would not pay its taxes to the military and instead intends to donate the equivalent sums to human rights organizations.

The Tatmadaw’s tentacles are wrapped so tightly around the levers of the economy, it is almost impossible for firms to do business in Myanmar without cooperating with at least one military entity.

Two organizations with direct links to the Tatmadaw hold immense sway over the economy. One is the Myanmar Economic Corporation (MEC), the other is Myanmar Economic Holdings Limited (MEHL).

MEC is involved in manufacturing, infrastructure, steel, coal and gas. While its raison d’etre is supplying the armed forces with raw materials, it also holds the monopoly over Myanmar’s insurance industry.

MEHL, meanwhile, is involved in banking, mining, agriculture, tobacco, and food manufacturing. Its revenues flow directly back to the military, which shields MEHL from civilian oversight. The MEHL owns Myawaddy Bank and the military’s pension fund.

The military controls much of the country’s banking sector, which was left badly underdeveloped following years outside the international financial system under sanctions targeting the 1962-2011 military regime.

The NLD government had intended to issue banking licences to foreign banks by 2021 — an effort thwarted by the coup.

Combined, MEC and MEHL own more than 100 businesses. They benefited greatly from privatization efforts in the 1990s and 2000s by picking up entities at fire sale prices.

Business practices in Myanmar are opaque to say the least — considered the very definition of crony capitalism. In 2018, Transparency International’s Corruption Perception Index ranked it 130th out of 180 counties.

The first NLD government (2015-20) tried to curb the power of the military by opening several sectors to competition, but refrained from going toe-to-toe with the all-powerful Tatmadaw.

The NLD did, however, succeed in transferring power over the General Administration Department (GAD) from the military-dominated Interior Ministry to the civilian government in 2018.

This was an important step in demilitarizing the governance of the country. Given the wide-ranging powers of the GAD, from land administration and service delivery to tax collection, it was evident that taking power away from the military would eventually have ramifications for the Tatmadaw’s stranglehold over the economy.

In the 2020 election, the NLD government ran on a ticket of increased transparency and the transfer of power away from central authorities and the military — a move that would have been felt in the generals’ wallets.

Although boosting competition and transparency would no doubt have liberalized the economy and attracted foreign investment, it would also have threatened Myanmar’s long-established power structures.

Fortunately for the generals, the Tatmadaw has powerful external friends. Myanmar is geopolitically important to many countries, who will cooperate with whoever holds power. These countries do not care who holds power; they just want to advance their political and economic interests.

Myanmar is strategically important to China, offering the rising superpower a land-bridge to the Bay of Bengal and an anchor country for its Belt and Road Initiative.

Until 2011, the Chinese government had a good working relationship with the junta, and had also come to an arrangement of sorts with the NLD government.

During his visit to Myanmar last year, Chinese President Xi Jinping revived the China-Myanmar Economic Corridor (CMEC) with no fewer than 33 memoranda of understanding.

The oil and gas pipeline linking China with the Bay of Bengal, the development of the deep-water port of Kyaukphyu, and the railroad linking Yunnan province to the Indian Ocean are all integral facettes of CMEC.

It is said to include projects worth $21 billion, in which the MEC and MEHL will no doubt hold substantial stakes. The NLD government, however, had concerns over China’s rising influence and Myanmar’s ballooning debts related to the CMEC.

India, meanwhile, sees Myanmar as an important bulwark against its rival, China. As such, the Indian firm Adani is involved in the construction of the port at Yangon. Delhi feels increasingly encircled by China’s Belt and Road Initiative.

The Association of Southeast Asian Nations (ASEAN) is Myanmar’s largest trading partner, accounting for 24 percent of its business, followed by China with 14 percent and the EU with 10 percent.

Fellow ASEAN member Thailand is Myanmar’s fourth-largest trading partner and an important source of foreign currency, sent in remittances by the millions of migrant workers employed there.

The excellent transportation infrastructure connecting Thailand’s northern city of Chiang Rai to the Burmese border highlights the importance of trade (both legal and illicit) between the two countries. Furthermore, both countries are now run by military regimes whose generals have social, economic, and political ties.

Lastly, Russia has a long-standing relationship with the Burmese military. In 2007, Moscow entered into an agreement with Naypyitaw to establish a nuclear research center and the two countries signed a defense cooperation agreement in 2016.

Russia also supplies the Tatmadaw with weapons. It was conspicuously the only country to send a ministerial-level delegate, Deputy Defence Minister Alexandr Fomin, to attend Myanmar’s armed forces’ day on March 27.

Although Western countries are likely to press ahead with sanctions on Myanmar, its Asian neighbors may be more reluctant to follow suit for myriad reasons, ranging from geopolitical considerations to neighborly and profitable business ties. Some ASEAN countries may also want to avoid being seen interfering in the internal affairs of a neighbor.

The Tatmadaw may therefore get away with overthrowing the NLD government and can go on accumulating wealth and economic clout. Likewise, many foreign entities will be willing to engage with the junta at a business level, both because it is profitable and as it is perceived to be in their own governments’ geopolitical interests.

• Cornelia Meyer is a Ph.D.-level economist with 30 years of experience in investment banking and industry. She is chairperson and CEO of business consultancy Meyer Resources.

These were the details of the news Coup puts Myanmar’s crippling military capitalism in the spotlight for this day. We hope that we have succeeded by giving you the full details and information. To follow all our news, you can subscribe to the alerts system or to one of our different systems to provide you with all that is new.