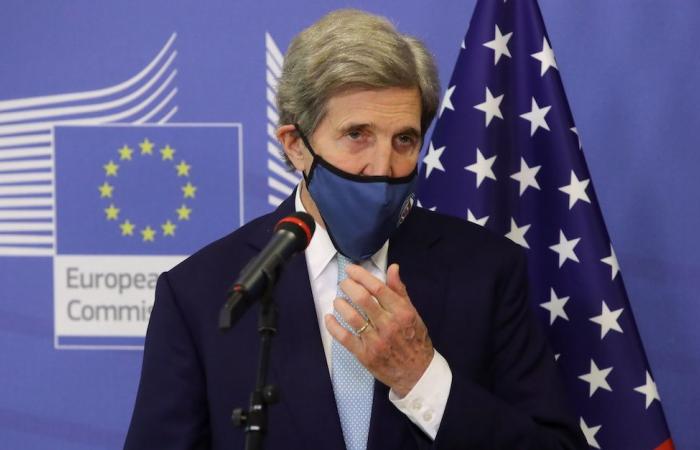 WASHINGTON, April 14 — US climate envoy John Kerry will visit China this week in the first trip there by the Biden administration, seeking to raise global ambitions despite soaring tensions with Beijing on other fronts.

The former secretary of state will visit Shanghai as well as the South Korean capital Seoul on a trip starting Wednesday, the State Department confirmed.

His trip comes in preparation for President Joe Biden’s virtual climate summit next week to which the US leader has invited both Chinese President Xi Jinping and Russian President Vladimir Putin.

“We have big disagreements with China on some key issues, absolutely. But climate has to stand alone,” Kerry told CNN.

If refusing to work together on climate, “you’re just killing yourself, you’re going be hurting your own people,” he said.

Kerry said that Xi had not yet confirmed whether he would take part in the summit.

With global temperatures and natural disasters on the rise, Biden has made climate a top priority, turning the page from his predecessor Donald Trump, who was closely aligned with the fossil fuel industry.

Biden has rejoined the 2015 Paris accord, which Kerry negotiated as secretary of state and committed nations to take action to keep temperature rises at no more than two degrees Celsius above pre-industrial levels.

With the world badly off track to meeting the goal, Biden hopes that the summit will result in stronger pledges in advance of UN-led climate talks in Glasgow at the end of the year.

Kerry, who has already travelled on his climate push to European allies, India, Bangladesh and the United Arab Emirates, noted that he worked closely with China on the Paris accord.

“We hope that China will come to the table and lead. President Xi has talked about leadership, about China’s role in this. We want to work with China in doing this,” Kerry said in an earlier interview with India Today.

No global solution is likely without both the United States and China, the world’s top two economies which together account for nearly half of the greenhouse gas emissions responsible for climate change.

China alone produces almost 30 per cent of carbon emissions, far more than any country, after decades of rapid industrialisation.

But Xi has promised that China’s emissions will peak by 2030, part of a major push to clean up the environment.

Biden is also hoping to carry out far-reaching efforts to transform the US economy toward green energy, a key emphasis of his US$2 trillion (RM8.3 trillion) infrastructure package proposed to Congress.

Biden has identified climate as well as global health as among narrow areas in which the United States will seek to work with China.

The two sides clashed over US accusations that China is rampantly stealing intellectual property, aggressively asserting itself against its neighbors, violating promises of freedoms to Hong Kong and carrying out genocide against Uyghurs and other mostly Muslim minorities in the western Xinjiang region. — AFP

These were the details of the news Kerry presses climate in first Biden official’s trip to China for this day. We hope that we have succeeded by giving you the full details and information. To follow all our news, you can subscribe to the alerts system or to one of our different systems to provide you with all that is new.