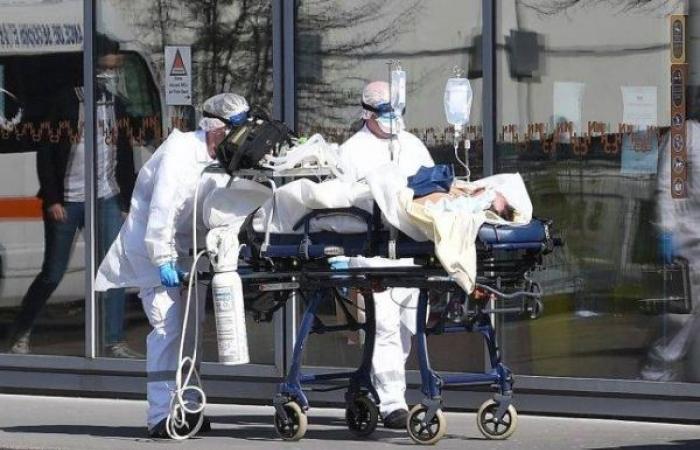 The death toll across Europe's 52 countries, compiled by AFP from official sources, totaled at least 1,000,288.

"We are in a critical point of the pandemic right now," Maria Van Kerkhove, the WHO's technical lead on COVID-19, told reporters on Monday.

"The trajectory of this pandemic is growing. It is growing exponentially. This is not the situation we want to be in 16 months into a pandemic, when we have proven control measures," she said.

But even within this group of countries, there were important disparities. The United Kingdom, after recording up to 8,700 deaths in one week at the end of January, has seen the epidemic decline sharply in recent weeks with just 238 deaths recorded in the past seven days.

The country started to ease restrictions on Monday after 60% of the adult population received a first dose of vaccine.

Regarding deaths relative to population, the most affected countries in the world were in Europe, according to AFP. The Czech Republic ranked first with 261 deaths per 100,000 inhabitants, followed by Hungary (245) and Bosnia and Herzegovina (228).

While Europeans make up one-ninth of the world population, deaths recorded in Europe represented more than a third of the 2.94 million victims of the pandemic recorded worldwide.

On a more positive note, coronavirus deaths in Europe have stabilized since the end of March. Europe recorded 27,036 deaths last week, well below the 40,178 reported from Jan.14 to 20.

These were the details of the news Europe's COVID-19 deaths top 1 million as pandemic hits 'critical point' for this day. We hope that we have succeeded by giving you the full details and information. To follow all our news, you can subscribe to the alerts system or to one of our different systems to provide you with all that is new.