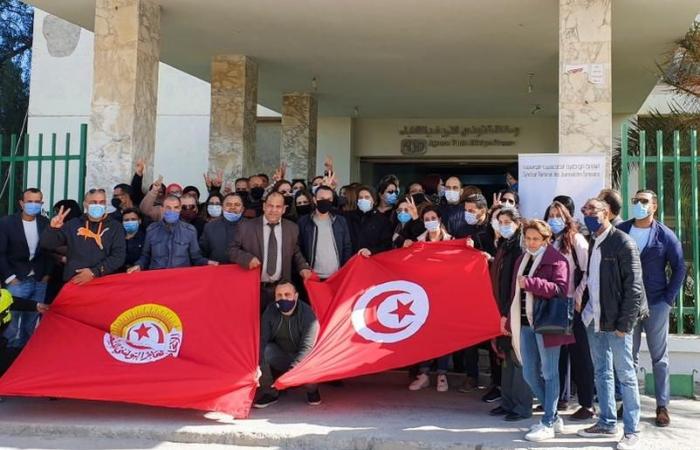 Protesting journalists say the new chief executive, Kamel Ben Younes, is too close to the moderate Islamist Ennahda, the biggest party in parliament. They accuse him of backing moves to control the press before the 2011 revolution brought democracy.

He has denied both charges, saying he is a political independent and pointing to his past work as a journalist with several outlets, including the BBC.

Prime Minister Hichem Mechichi, whose government needs Ennahda’s parliamentary backing to survive, has described the appointment of Ben Younes as a purely administrative move and in no way an effort to interfere with TAP’s editorial stance.

Before the revolution, TAP was an arm of state propaganda based entirely on official sources. But it has become a rare Arab news agency with editorial independence, often covering stories that criticise the government.

During protests in January, it reported on demonstrations as they took place and on accusations of police brutality. It has also reported on the friction between Mechichi, Ennahda and President Kais Saied.

“This appointment indicates an unbridled desire to lay hands on the agency and make it a governmental and partisan propaganda trumpet, and we will not accept it,” said Mounir Souissi, a TAP journalist at the protest.

The Journalists’ Syndicate, part of Tunisia’s labour unions movement, has called for TAP reporters to hold their first-ever strike on April 22 if the government does not withdraw Ben Younes.

Mechichi and Ben Younes have said they will not back down.

“Everyone knows I have been independent in my professional career for 35 years, and the goal of my appointment is to reform the agency that suffers from many administrative and financial problems”, Ben Younes told Reuters.

These were the details of the news Tunisian journalists protest over new head of state news agency for this day. We hope that we have succeeded by giving you the full details and information. To follow all our news, you can subscribe to the alerts system or to one of our different systems to provide you with all that is new.