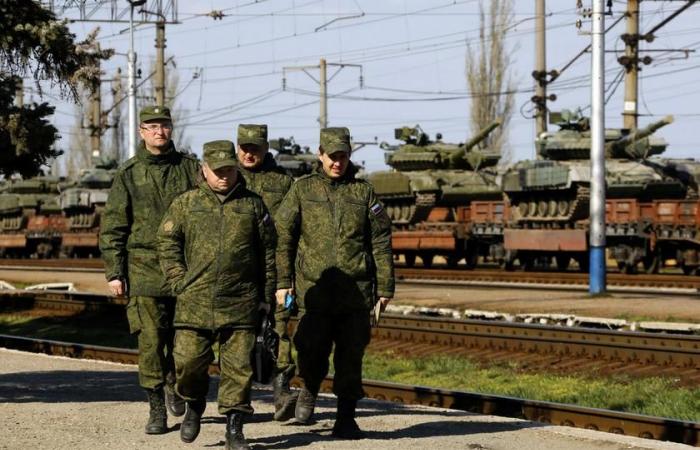 Hello and welcome to the details of Nato demands Russia end Ukraine build-up, West examines options and now with the details

BRUSSELS, April 13 — Nato Secretary-General Jens Stoltenberg called on Russia today to withdraw troops from Ukraine’s eastern border in what the alliance says is Moscow’s biggest build-up since 2014, ahead of an emergency meeting of allied foreign and defence ministers.

Ukraine’s Foreign Minister Dmytro Kuleba flew to Brussels for talks with Stoltenberg a day after Kyiv accused the Kremlin of ignoring its request for talks between the two countries’ presidents over a build-up of Russian troops near its border.

“In recent weeks Russia has moved thousands of combat-ready troops to Ukraine’s borders, the largest massing of Russian troops since the illegal annexation of Crimea in 2014,” Stoltenberg said.

Russia has said it moves its forces around as it sees fit, including for defensive purposes, and has regularly accused Nato of destabilising Europe with its troop reinforcements in the Baltics and Poland since the annexation of Ukraine’s Crimea.

“Russia must end this military build-up in and around Ukraine, stop its provocations and deescalate immediately,” he said at a news conference with Kuleba. Kuleba said Kyiv wanted a diplomatic solution.

Kyiv and Moscow have traded blame over the worsening situation in the eastern Donbass region, where Ukrainian troops have battled Russian-backed forces in a conflict Kyiv says has killed 14,000 people since 2014.

The West has expressed concern in recent weeks over a huge build-up of Russian forces close to Ukraine’s eastern border and in Crimea, which Russia annexed from Kyiv in March 2014.

After releasing a joint statement on Monday with foreign ministers from the G7 group of nations condemning the increase in Russian troop numbers, US Secretary of State Antony Blinken arrived in Brussels today. He is due to hold talks later on Tuesday with Kuleba. Kuleba called for further economic sanctions against Moscow and more military help to Kyiv.

“At the operational level, we need measures which will deter Russia and which will contain its aggressive intentions. This could be ... a new round of sanctions which would raise the price of Russian aggression,” Kuleba said after the so-called Nato-Ukraine Commission at alliance headquarters, an internal body aimed at developing ties between Nato and Kyiv.

Separately, two allied diplomats said Stoltenberg would chair an emergency video conference with allied defence and foreign ministers on Wednesday. Blinken and US Defense Secretary Lloyd Austin are expected to be present at Nato headquarters in Brussels to brief the other 29 allies on Ukraine, as well as on Afghanistan, the diplomats said.

Kuleba’s meeting with Stoltenberg was a strong symbol of Western support, but falls short of Ukraine’s desire for full membership.

In April 2008, Nato leaders promised Ukraine it would one day join the nuclear-armed alliance and today, Stoltenberg insisted that former Cold War foe Moscow should have no influence on membership decisions.

Membership would fold Ukraine into Nato’s mutual defence pledge, although France and Germany have long worried that such a move would antagonise Russia.

Ukraine’s Deputy Prime Minister Olga Stefanishina, writing in the US magazine Foreign Policy, said while she welcomed the diplomatic support, she said that: “statements are not enough; Ukraine needs decisive action from the states committed to democratic principles and rules-based order.” — Reuters

These were the details of the news Nato demands Russia end Ukraine build-up, West examines options for this day. We hope that we have succeeded by giving you the full details and information. To follow all our news, you can subscribe to the alerts system or to one of our different systems to provide you with all that is new.