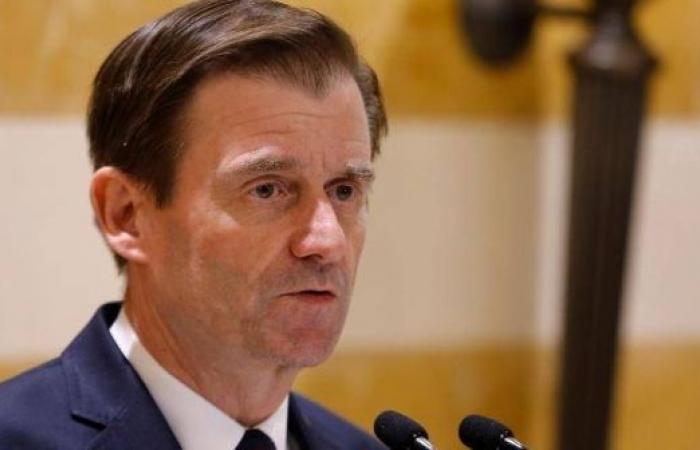 Hind Al Soulia - Riyadh - WASHINGTON — US Undersecretary of State for Political Affairs David Hale is traveling to Beirut on a three-day official visit to Lebanon, beginning on Tuesday (April 13), the State Department said in a press statement on Monday.

During his visit to crisis-hit country, Hale will hold meetings with a full range of leaders, according to the statement.

“He will underscore America’s concerns with the worsening socioeconomic conditions throughout the country and the political impasse that is contributing to the deteriorating situation,” the statement read.

“Under Secretary Hale will press Lebanese officials and party leaders to come together and form a government capable of and committed to implementing economic and governance reforms so that the Lebanese people can realize their full potential,” the statement added.

The visit of the top US official visit comes as the International Monetary Fund says Lebanon won’t pull itself out of its economic crisis until a new government is formed to start long-stalled reforms.

But Lebanese analysts say they are being held hostage by a corrupt political class and need outside help to break the logjam to create conditions that bring the country back from the brink. One suggestion is to set up a temporary United Nations trusteeship council for Lebanon to get the country back on its feet.

By defaulting on its $1.2 billion Eurobond debt last year, Lebanon’s currency has crashed and its economy shrank by 25 percent.

A standoff over the make-up of a new government has intensified in recent months, delaying a revival of funding talks with the Washington-based crisis lender. — Agencies

These were the details of the news US top official to push Lebanon leaders to form government during 3-day visit for this day. We hope that we have succeeded by giving you the full details and information. To follow all our news, you can subscribe to the alerts system or to one of our different systems to provide you with all that is new.