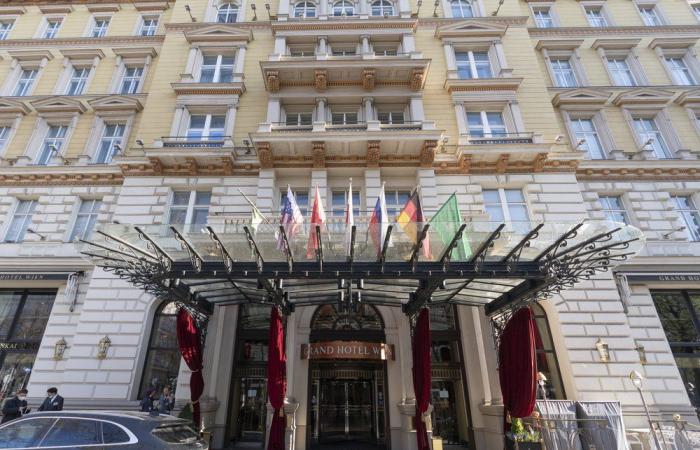 You are now following the details of the Attack on Iran’s Natanz plant muddies US, Iran nuke talks news and now we leave you with the details

Mohamed Nass - Cairo - WASHINGTON (AP) — The attack on Iran’s Natanz nuclear facility is casting a major shadow over the resumption of indirect talks between the US and Iran over resurrection of the international accord limiting Iran’s nuclear program.

Neither Iran nor the US say the incident will crater the negotiations. But the attack and the destruction of a significant amount of Iran’s uranium enrichment capability add uncertainty to the discussions set for Tuesday in Vienna.

The attack gives both sides reason to harden their positions, yet each has incentives to keep the talks on track.

Iran wants Washington to lift sanctions that have contributed to damaging its economy, including measures not related to its nuclear program. It insists that the sanctions be lifted before it returns to compliance with the 2015 nuclear agreement that then-President Donald Trump pulled the US out of in 2018.

For the Biden administration, the talks are a high-stakes gamble that it can salvage what the Obama administration considered one of its prime foreign policy achievements and slow Iran’s programs, even as critics claim the accord had given Iran a pathway to a nuclear weapon instead of closing it off.

Iran has blamed Israel for the destruction at an important underground facility, and Israeli media has been filled with claims from unnamed officials claiming responsibility.

The Biden administration, meanwhile, has taken a hand’s-off approach, neither praising nor condemning the attack. The White House said the US “had no involvement” and had “nothing to add to speculation about the causes.”

The attack adds a fresh complication to discussions in Vienna and also to President Joe Biden’s efforts to smooth ties with Israel. Israeli Prime Minister Benjamin Netanyahu enjoyed a close relationship with Trump, who abandoned the Iran agreement and began a campaign of “maximum pressure” on Iran by imposing harsh sanctions.

The US has said it is prepared to lift or ease sanctions that are “inconsistent” with the nuclear deal along with sanctions that are “inconsistent with the benefits” that Iran expected to get from agreeing to the accord. The deal had removed nuclear sanctions on Iran in exchange for curbs on its atomic program, although critics noted that many of those restrictions are time-limited and will expire before 2030.

Those same critics, including many in Congress, have expressed concerns that non-nuclear sanctions — such as those imposed for terrorism, ballistic missile activity and human rights abuses — may be on the table in the negotiations. The administration has not specifically commented on that but has said it will not offer Iran sweeteners unrelated to the agreement.

Israeli officials have raised concerns, too, about what they fear would be a precipitous US return to the deal, and news of the attack broke as Defense Secretary Lloyd Austin was visiting Israel. Austin and Secretary of State Antony Blinken will be in Brussels later this week for talks with European and NATO allies likely to touch on Iran.

As Austin and Blinken prepared to meet their counterparts in Brussels, German Foreign Minister Heiko Maas expressed concern that the attack could affect the talks. “All of what we are hearing from Tehran is not a positive contribution to this,” Maas told reporters.

The destruction of advanced centrifuges at Natanz came at a critical time in the Vienna talks that are intended to resurrect the nuclear deal. Trump’s withdrawal and his reintroduction of sanctions, along with Iran’s decisions to break its own commitments to the agreement, have left it in significant jeopardy.

The weekend attack on Natanz, one of Iran’s main nuclear facilities, came amid a break in the Vienna talks.

Key to the deal were restrictions on Iran’s uranium enrichment. Activities at the heavily fortified Natanz facility, which is built into a mountain, were among those most constrained.

Natanz has been targeted by sabotage in the past. The Stuxnet computer virus, discovered in 2010 and widely believed to be a joint US-Israeli creation, once disrupted and destroyed Iranian centrifuges there during an earlier period of Western fears about Tehran’s program.

Last July, Natanz suffered a mysterious explosion at its advanced centrifuge assembly plant that authorities later described as sabotage. Iran now is rebuilding that facility deep inside a nearby mountain. Iran also blamed Israel for that, as well as the November killing of a scientist who began the country’s military nuclear program decades ago.

Israel also has launched a series of airstrikes in neighboring Syria targeting Iranian forces and their equipment. And Israel is suspected in an attack last week on an Iranian cargo ship that is said to serve as a floating base for Iran’s paramilitary Revolutionary Guard forces off the coast of Yemen.

These were the details of the news Attack on Iran’s Natanz plant muddies US, Iran nuke talks for this day. We hope that we have succeeded by giving you the full details and information. To follow all our news, you can subscribe to the alerts system or to one of our different systems to provide you with all that is new.