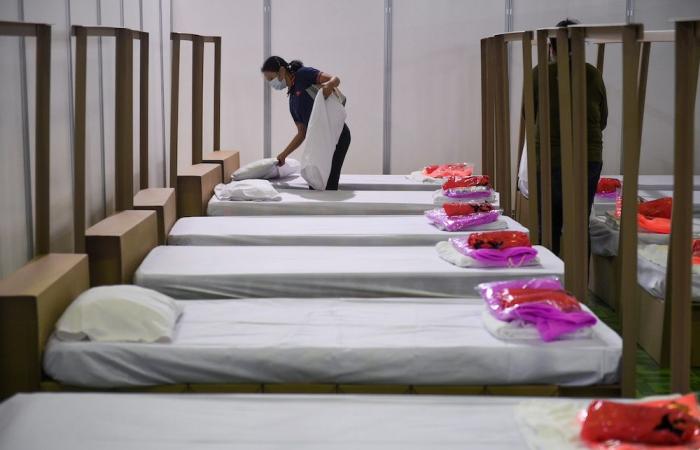 BANGKOK, April 13 — Thailand today reported 965 new Covid-19 cases after registering record rises in the past two days as the country started its Songkran new year holiday amid a third wave of infections.

Authorities have banned for a second year the water fights that usually happen on the streets during Songkran and urged people to avoid unnecessary travel and reduce gatherings to help curb the outbreak, which includes the highly transmissible B117 variant first identified in Britain.

Of the new infections, 956 were local transmissions, including 194 in the capital Bangkok, the epicentre of an outbreak that has spread to most parts of the country.

“If we reduce activity ... it will help lower daily cases to 500-600,” Opas Karnkawinpong, director-general of the Department of Disease Control, told a briefing.

If more people work from home, it will cut average daily cases to less than 400, he said.

The new outbreak that emerged at the start of this month has added 5,597 domestic cases, including 1,625 in Bangkok, taking the total since last year to 34,575 cases and 97 deaths. Thailand could lose more than 130 billion baht (RM17 billion) in tourism revenue in the first half of 2021 due to the fresh outbreak and a second wave that emerged in late December, according to Kasikorn Research Center.

Last week, the central bank said the economy could grow less than its 3 per cent forecast this year.

Nightspots such as pubs and karaoke bars in Bangkok and 40 provinces will be closed until April 23.

The measure should slow down infection rates by nearly a third in the next month, a health official said, warning that otherwise under a worst-case scenario infections could hypothetically reach over 28,000 per day.

Authorities have said they would install 10,000 field-hospital beds in Bangkok after last week some hospitals said they had stopped testing for Covid-19 over a lack of kit or bed capacity. — Reuters

These were the details of the news Thailand reports 965 new Covid-19 cases as biggest holiday begins for this day. We hope that we have succeeded by giving you the full details and information. To follow all our news, you can subscribe to the alerts system or to one of our different systems to provide you with all that is new.