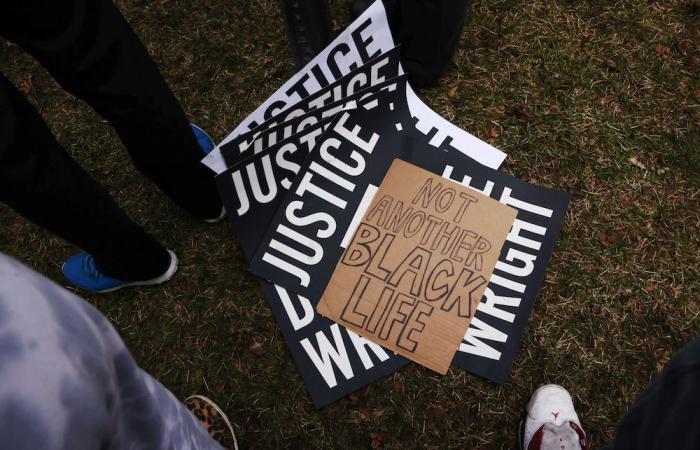 Hello and welcome to the details of Officer in Minneapolis shooting mistook handgun for taser, say police and now with the details

MINNEAPOLIS, April 13 — The police officer who shot a 20-year-old Black man in a Minneapolis suburb on Sunday accidentally confused her handgun with her taser, the police chief said Monday.

“The officer drew their handgun instead of their taser,” Brooklyn Center police chief Tim Gannon said at a press conference.

“This was an accidental discharge that resulted in a tragic death of Mr. (Daunte) Wright,” Gannon said.

“There is nothing I can say to lessen the pain of Mr. Wright’s family,” he said.

Gannon showed reporters police body camera video of the shooting, which sparked protests overnight in the suburb of Minneapolis, which is already on edge amid the ongoing trial of the former police officer charged with murdering George Floyd.

In the video, police officers are seen pulling Wright out of his car after stopping him for a traffic violation.

As Wright scuffles with the officers, a female police officer shouts “taser, taser.”

“Holy shit, I shot him,” the officer shouts as Wright, fatally wounded, drives away. — AFP

These were the details of the news Officer in Minneapolis shooting mistook handgun for taser, say police for this day. We hope that we have succeeded by giving you the full details and information. To follow all our news, you can subscribe to the alerts system or to one of our different systems to provide you with all that is new.