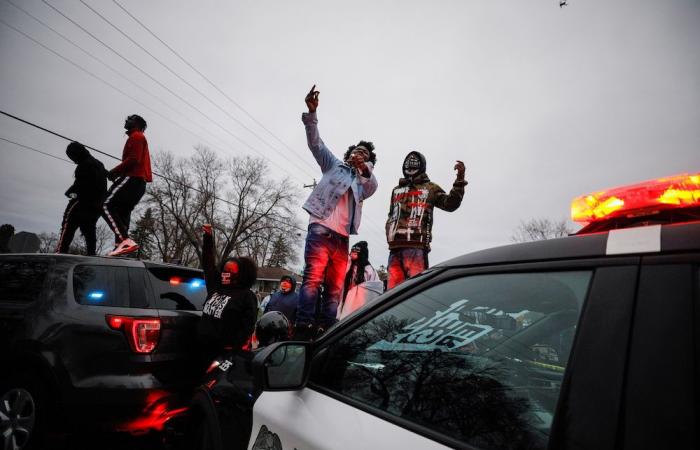 WASHINGTON, April 13 — US President Joe Biden on Monday called the shooting of a Black motorist by police “tragic” but warned that violent protests were unjustifiable.

The incident in a Minneapolis suburb was a “really tragic thing that happened but I think we have to wait and see what the investigation shows,” Biden told reporters.

“In the meantime, I want to make it clear again: there is absolutely no justification, none, for looting. Peaceful protests — understandable,” he added.

Biden said he had been briefed and had seen the police body cam video showing an officer shoot Daunte Wright after he tried to escape during a traffic stop. The Brooklyn Center police chief says the officer mixed up her firearm with the taser she’d been meaning to use.

Biden called the footage “fairly graphic. The question is, was it an accident, was it intentional? That remains to be determined by a full blown investigation.”

“In the meantime, I want to make it clear again: There is absolutely no justification, none, for looting. Peaceful protests — understandable.”

“The fact is that we do know that the anger, pain and trauma that exists in the Black community, in that environment, is real. It’s serious and it’s consequential, but it does not justify violence or looting,” Biden said.

“We should listen to Daunte’s mom, who is calling for peace and calm.”

Asked about the nearby trial of a Minneapolis police officer accused of murdering another Black man, George Floyd, last year, Biden said he hoped the outcome would get broad backing.

“I’m hopeful that there’ll be a verdict and an outcome that will be supported by the vast majority of people in the region. That’s my expectation.” — AFP

These were the details of the news Biden warns ‘no justification’ for violent protest after ‘tragic’ police shooting for this day. We hope that we have succeeded by giving you the full details and information. To follow all our news, you can subscribe to the alerts system or to one of our different systems to provide you with all that is new.