Curfew in Minneapolis after police killing of Black man 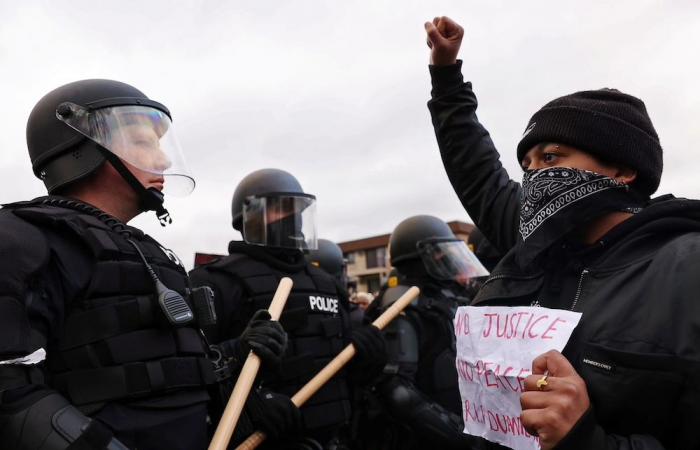 MINNEAPOLIS, April 13 — Authorities in and around Minneapolis have announced a curfew for Monday night after a police officer shot dead a young Black man, dramatically escalating tensions in the US city.

“I have declared a state of emergency in the city of Minneapolis, and we are following that up with a curfew that will begin at 7:00pm (2300 GMT) tonight (and) go until 6:00am tomorrow morning,” Mayor Jacob Frey told a press conference.

The curfew will also be enforced in the twin city of St. Paul and surrounding communities including Hennepin County, where 20-year-old Daunte Wright was killed Sunday when a police officer mistakenly used her gun instead of a taser during a confrontation.

Minneapolis, the largest city in the US state of Minnesota, is already on edge because it is in the midst of the murder trial of George Floyd, an African American who died last May 25 after a white police officer placed his knee on his neck for more than nine minutes.

That killing sparked a series of protests across the nation, some of them violent, and led to an ongoing racial reckoning in America.

President Joe Biden has called for an end to systemic racism in the country.

But on Monday, while calling the shooting of Wright “tragic,” Biden warned against violent protests and said people should wait for a full investigation to be conducted.

Earlier in the day authorities in Brooklyn Center, where Wright was killed, released police body camera footage that shows an officer shoot Wright after he tried to escape during a traffic stop.

The Brooklyn Center police chief says the officer mixed up her firearm with the taser she had been meaning to use. — AFP

These were the details of the news Curfew in Minneapolis after police killing of Black man for this day. We hope that we have succeeded by giving you the full details and information. To follow all our news, you can subscribe to the alerts system or to one of our different systems to provide you with all that is new.