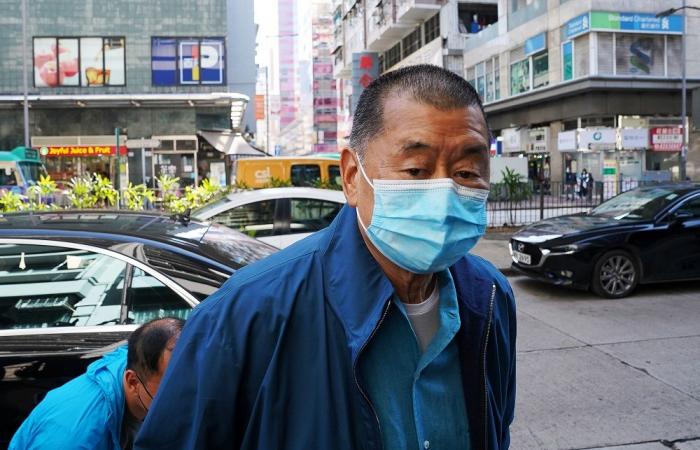 Hello and welcome to the details of ‘Stand tall’: Hong Kong media tycoon Lai writes letter from jail and now with the details

HONG KONG, April 12 — Hong Kong pro-democracy media tycoon Jimmy Lai has told his staff to “stand tall” in a handwritten letter from prison where he is being held pending trial under a new national security law.

Lai, the owner of pro-democracy newspaper Apple Daily, is the highest-profile figure detained under the sweeping new law which Beijing imposed on the restless city last year to snuff out dissent.

Today, Apple Daily posted a letter they said Lai wrote to his staff by hand.

“Hong Kong’s situation is increasingly chilling, but precisely because of that, we need to love and cherish ourselves more,” Lai wrote.

“The era is falling apart before us and it is time for us to stand tall and keep our heads high,” he added.

It is the first time the public have heard from the 73-year-old since he was detained in late December.

His laywers tried to obtain bail for their famously outspoken client, including agreeing to house arrest, no media interviews and no social media posts.

But the courts ultimately denied that request because the security law removes the presumption of bail for national security crimes and Lai was deemed a continued potential threat.

In the letter to his journalist staff, Lai said defending free speech was “a dangerous job now”.

“Please be extra cautious and do not take risks. Your safety is important,” he wrote.

But he called on reporters to continue doing their job.

“As long as we are not blinded by unjust temptations, as long as we do not let the evil get its way through us, we are fulfilling our responbility,” he wrote.

He described his life in prison as peaceful and said he spent time reading books, praying and doing exercise.

Lai is accused of “colluding with foreign forces”—one of the new security crimes—for allegedly calling for sanctions against Hong Kong and China.

The security law has been the spear tip of a multi-pronged crackdown over the last year, criminalising any act considered subversion, secession, terrorism or collusion with foreign forces.

It has radically transformed Hong Kong’s relationship with the authoritarian mainland and outlawed much dissent in the once free-wheeling finance hub.

Critics, including many Western powers, have accused China of effectively outlawing opposition politics and shredding the freedoms and autonomy it promised Hong Kong could maintain ahead of the territory’s handover from the British in 1997.

China has defended its crackdown, saying it must restore stability after 2019’s protests, and ensure only “staunch patriots” are allowed to run the city.

Since the law was enacted in June, more than 100 pro-demcoracy activists have been arrested.

Most of those charged have been denied bail. — AFP

These were the details of the news ‘Stand tall’: Hong Kong media tycoon Lai writes letter from jail for this day. We hope that we have succeeded by giving you the full details and information. To follow all our news, you can subscribe to the alerts system or to one of our different systems to provide you with all that is new.