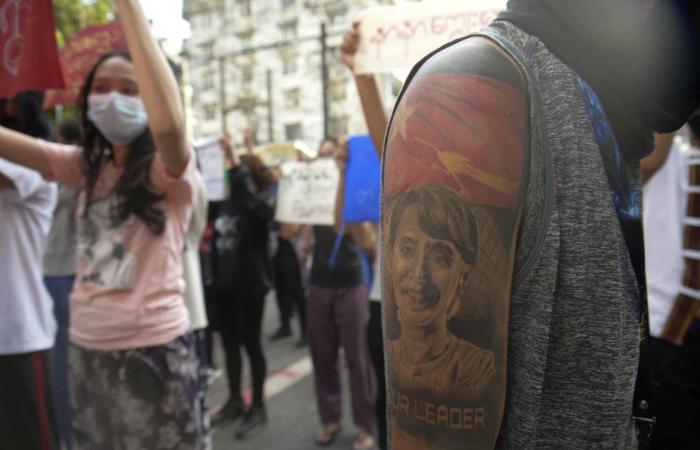 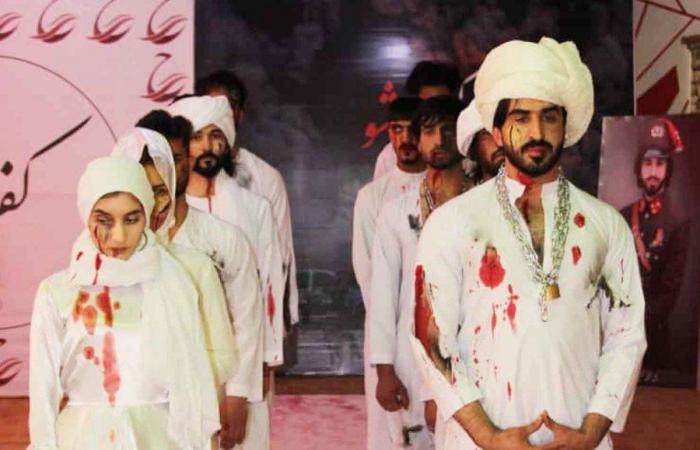 Jeddah - Yasmine El Tohamy - KABUL: After nearly a week of planning, 12 Afghan models walked the runway on Saturday as part of the country’s first fashion show to highlight the impact of the decades-long conflict.

Dressed in blood-stained shrouds to resemble war victims, two women and 10 men took part in the first round of “The Shroud Fashion Show.”

Event organizer Ajmal Haqiqi said there were plans to host similar events in the future.

“Through this event, we wanted to show the bitter and harsh reality of the ongoing situation in our country, to show the impact of suicide bombers, blasts and attacks,” Haqiqi told Arab News on Sunday. “We will hold more of such programs among the public, on the streets, and in this way draw the attention of our leaders and the world that Afghans more than any other nation badly need and deserve peace.”

Haqiqi Fashion, which he set up 13 years ago, is the country’s first modelling agency.

He said the main idea behind the event was to draw attention to the “war’s calamities.”

“People want and need peace. It was a campaign to emphasise peace, not on modelling or peace for modelling,” Haqiqi added.

Some Afghans went on social media to show their support for the event.

“Afghans are tired of the war and use any medium to show that,” school student Sayed Sameer posted on Facebook. “The fashion show was one way.”

There have been more than 40 years of fighting in Afghanistan, claiming the lives of an unknown number of people.

More than 100 civilians and members of the security forces died last week, according to estimates released by Tolo News on Saturday, and the US said in a February report that civilian casualties had seen a sharp uptick since peace negotiations between the Taliban and Afghan government representatives began in Doha last September.

According to a UN report, 3,035 Afghan civilians lost their lives last year. It blamed the Taliban for most of the deaths, but did not say how many insurgents and government forces had been killed during the same period.

The US, which has led a coalition of foreign troops since the Taliban’s ousting in 2001, has been trying for months to persuade the militants and the government to agree on a future political roadmap that would pave the way for the group to participate in an interim administration.

Later this week Turkey, at the request of the US, will host a major conference between the two sides to accelerate the peace process.

While Afghan President Ashraf Ghani’s government has shown a willingness to attend the conference, the Taliban have yet to confirm their participation at the meeting, which is tentatively scheduled for April 16.

Ghani, whose second term will end in 2024, has vehemently rejected Washington D.C.’s proposal to form an interim government but, in recent months, it has offered to organize a snap election.

“One of our key goals was to draw the attention of participants in Turkey’s meeting that our only demand is peace,” Haqiqi added. “We want peace for everyone, not for our models alone.”

These were the details of the news Myanmar’s Aung San Suu Kyi hit with new criminal charge for this day. We hope that we have succeeded by giving you the full details and information. To follow all our news, you can subscribe to the alerts system or to one of our different systems to provide you with all that is new.