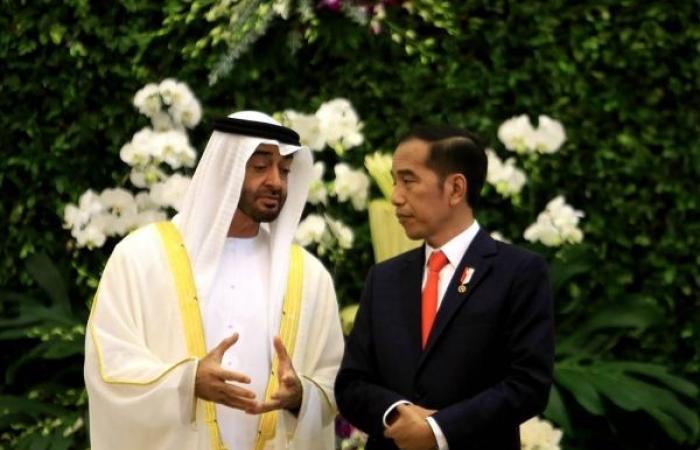 Indonesian Minister for State Secretariat Dr. Pratinko and Minister of Public Works and Housing Basuki Hadimuljono on Monday attended the launch of the "Sheikh Mohamed Bin Zayed Al-Nahyan Elevated Road," which was attended by UAE Ambassador to Indonesia Abdullah Salem Al-Dhaheri and senior officials from the ministries of transport and foreign affairs, along with representatives of the local governments in Jakarta and West Java.

In his speech, Dr. Pratinko said: "In response to the directives of President Widodo, we are announcing the renaming of the 'Jakarta-Cikampek 2 Elevated Toll Road' to the ‘Sheikh Mohamed Bin Zayed Elevated Road’ as of today.'' The Indonesian government decided to name this vital and strategic road after Sheikh Mohamed in recognition of the distinguished bilateral ties between the two friendly countries, he added.

"Relations between the UAE and Indonesia have witnessed significant political, economic, cultural and social development since their establishment in 1976," he further added, noting that the UAE has become a leading investor in Indonesia after its recent announcement that it would invest 10 billion in the Indonesian sovereign fund.

Al-Dhaheri affirmed that renaming this strategic road after Sheikh Mohamed Bin Zayed highlights the profound ties between the two countries and the friendly relations between their leadership, adding that it also honors the key role of Sheikh Mohamed in boosting their bilateral ties and establishing a strategic partnership, most notably after his official visit to Indonesia in July 2019.

The 37-kilometer road is one of Indonesia’s key strategic roads and was inaugurated by President Widodo on Dec. 12, 2019. It is also the longest elevated road in the country and the fastest double highway in Southeast Asia.

In October 2020, Sheikh Mohamed Bin Zayed ordered the construction of a mosque in Abu Dhabi’s embassy district, which will be named after President Widodo, as well as the renaming of a street formerly known as "Al Maarid Street" after the Indonesian president.

These were the details of the news Strategic road in Indonesia named after Abu Dhabi crown prince for this day. We hope that we have succeeded by giving you the full details and information. To follow all our news, you can subscribe to the alerts system or to one of our different systems to provide you with all that is new.