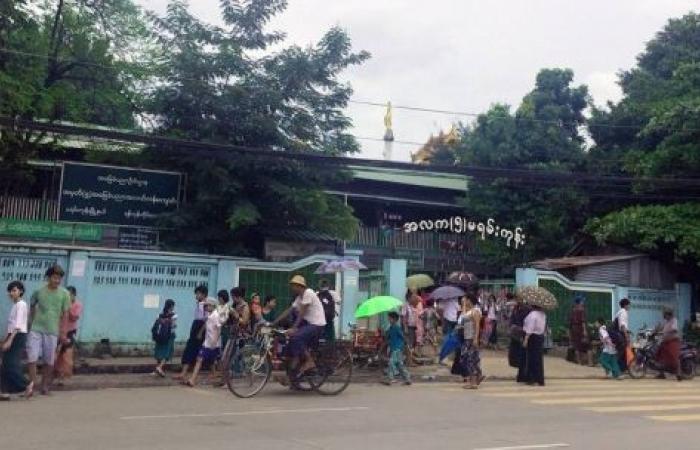 We show you our most important and recent visitors news details Myanmar violence ‘must cease immediately’: UN agencies in the following article

Hind Al Soulia - Riyadh - YANGON — The United Nations Country Team in Myanmar reiterated its call for an end to violence against civilians, amid reports of dozens of deaths in the latest crackdown on protests against the military takeover.

More than 80 people lost their lives on Friday as security forces reportedly used heavy weapons against protesters in the town of Bago, located about 90 kilometers (56 miles) northeast of the commercial hub Yangon, according to media reports.

“[We are] following events in Bago with reports of heavy artillery being used against civilians and medical treatment being denied to those injured,” the UN Country Team (UNCT) said in a post on Twitter.

“The violence must cease immediately”, it stressed.

Hundreds of civilians, including at least 44 children, have been killed in the crackdown across Myanmar since the military coup on Feb. 1. Countless more have been seriously injured and more than 2,600 are in detention, including many held incommunicado or forcibly disappeared.

There are also reports that several hundred people have fled areas hit hard by violence, including many who have sought refuge in neighboring countries.

UN agencies have also reported sharp increases in food and fuel prices in many parts of the country, on the back of supply chain and market disruptions.

Humanitarians worry that if the price trends continue, they will “severely undermine” the ability of the poorest and most vulnerable to put enough food on the family table.

The UN Special Envoy for Myanmar, Christine Schraner Burgener, arrived in Bangkok, Thailand, on Friday, on a regional visit to press for efforts to resolve the crisis in Myanmar.

Schraner Burgener, however, will not visit Myanmar, she said in a tweet. “I regret that Tatmadaw [Myanmar’s military] answered me yesterday that they are not ready to receive me”, the Special Envoy said.

“I am ready for dialogue. Violence never leads to peaceful sustainable solution”, she added.

In the Thai capital, the Special Envoy is scheduled to meet with UN regional officials as well as ambassadors accredited to Myanmar who are in Bangkok.

In addition to Thailand, the Special Envoy is consulting on visits to other Association of Southeast Asian Nations (ASEAN) member countries, as well as other neighboring countries.

“As she has highlighted repeatedly, a robust international response to the ongoing crisis in Myanmar requires a unified regional effort involving neighboring countries who can leverage influence towards stability in Myanmar,” UN spokesperson Stéphane Dujarric said. — UN News

These were the details of the news Myanmar violence ‘must cease immediately’: UN agencies for this day. We hope that we have succeeded by giving you the full details and information. To follow all our news, you can subscribe to the alerts system or to one of our different systems to provide you with all that is new.