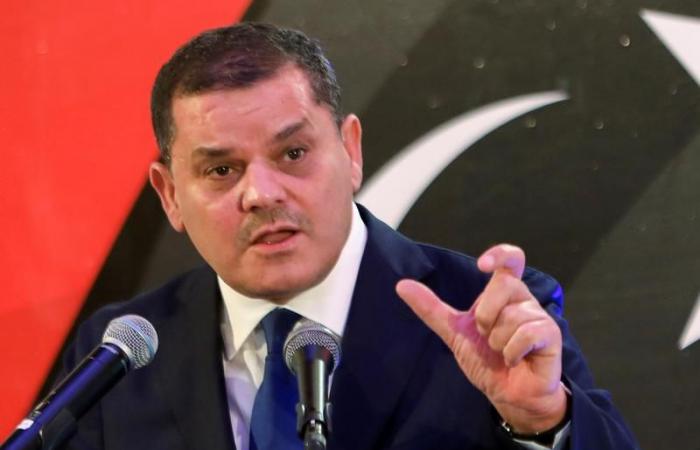 You are now following the details of the Libya’s new PM to visit Turkey, hold talks with Erdogan on Monday news and now we leave you with the details

Mohamed Nass - Cairo - Libya’s new unity government was sworn in on March 15 from two warring administrations that had ruled eastern and western regions, completing a smooth transition of power after a decade of violent chaos.

Turkey had backed the Tripoli-based Government of National Accord (GNA) against the eastern-based Libyan National Army (LNA), which was supported by Russia, Egypt, the United Arab Emirates and France.

Turkey’s presidency said Dbeibeh will hold a two-day visit upon President Tayyip Erdogan’s invitation, adding that he and Erdogan would chair the first meeting of the Turkey-Libya High Level Strategic Cooperation Council in Ankara.

“At the Council Meeting to be held with the participation of relevant ministers, all aspects of Turkey-Libya relations, which have deeply-rooted, historic ties, will be discussed, steps that can be taken to further improve cooperation will be evaluated,” it said.

Turkish state media reported that Dbeibeh would visit Ankara with a team including 14 ministers, five deputy prime ministers, the chief of staff and other officials. It added cooperation on energy and health would be discussed, along with the resumption of projects by Turkish companies that were stopped over the war.

Turkey has said that Turkish firms would take an active role in rebuilding the war-torn country.

In 2019, Ankara signed a maritime demarcation agreement with the GNA in the eastern Mediterranean, and a military cooperation accord under which Turkey sent military advisers and trainers to Tripoli. Ankara also sent Syrian fighters to help the GNA block an LNA offensive on Tripoli last year.

Greece, which opposes the maritime agreement between Tripoli and Ankara, called for the accord to be cancelled on Tuesday, as it reopened its embassy in Libya after seven years.

Dbeibeh, selected through a United Nations-led process, has said economic deals between the GNA and Turkey should remain.

Turkey, Egypt and the UAE have each welcomed the appointment of the new government, as have the United States and European Union. However, foreign powers that backed each side have not pulled out fighters or arms.

These were the details of the news Libya’s new PM to visit Turkey, hold talks with Erdogan on Monday for this day. We hope that we have succeeded by giving you the full details and information. To follow all our news, you can subscribe to the alerts system or to one of our different systems to provide you with all that is new.