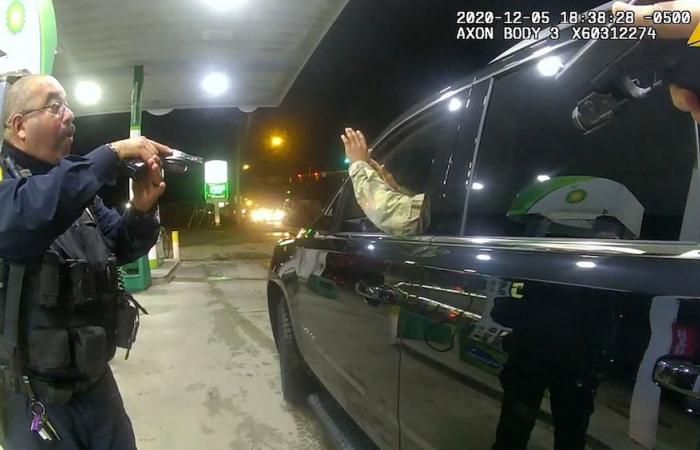 WASHINGTON, April 12 — One of two police officers in Virginia accused of assaulting a U.S. Army lieutenant by pointing their guns and pepper spraying him during a traffic stop has been fired, according to an official statement.

Officer Joe Gutierrez was terminated from his employment after an investigation determined he did not follow policies of the local police department, the town of Windsor, Virginia said in a statement yesterday.

The statement did not detail any breaches or punishments for the other officer involved in the incident, Daniel Crocker.

The firing comes after Army officer Caron Nazario filed a lawsuit against the two police officers in federal court over what court papers say was a violent traffic stop on December 5, 2020, where officers pointed their guns, knocked him to the ground, pepper sprayed him and “threatened to murder him.”

Nazario, who is Latino and Black, alleged Gutierrez and Crocker violated his constitutional rights, with his lawsuit including assault, illegal search and illegal detention.

My statement on the encounter between Lieutenant Caron Nazario and two officers from the Windsor Police Department: pic.twitter.com/GcfL5YeIRm

he was directing the Virginia State Police to conduct an independent investigation into the case.

Windsor town joined the governor in calling for an investigation of the incident by the Virginia police and a full review of the actions of the two police officers. — Reuters

These were the details of the news Virginia police officer accused of assaulting US Army officer fired for this day. We hope that we have succeeded by giving you the full details and information. To follow all our news, you can subscribe to the alerts system or to one of our different systems to provide you with all that is new.