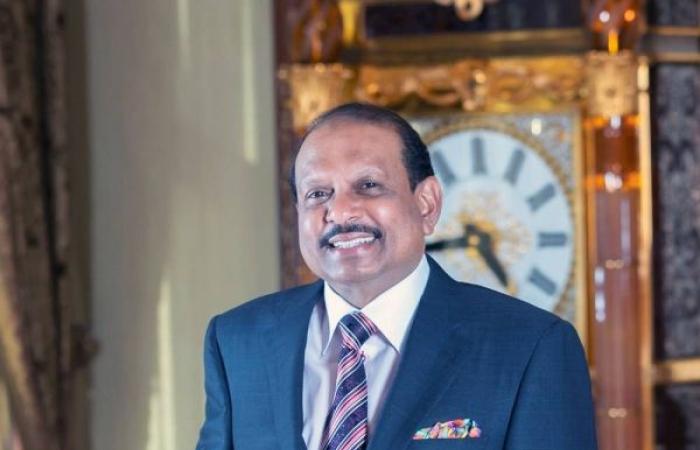 There were six people in the helicopter, including Yousuf Ali and his wife. All passengers are safe, but sustained minor injuries and have been taken to hospital, according to reports.

According to reports, Yousuf Ali had complained of back pain while leaving the helicopter that did not sustain visible damages. Police and firefighters were seen inspecting the site after the forced landing. Reports said an investigation is likely about the technical issues that led to the emergency landing.

The helicopter made a forced landing into a deserted land near the Kerala University of Fisheries and Ocean studies near Panagad.

The incident occurred at around 9 a.m. amidst mild rainfall. The helicopter landed on the marshy plot of land, off the NH Bypass at Panangad, reportedly following technical snag. The pilot and others walked through hip-deep water, helped by people of the locality, and were taken to the hospital.

V. Nandakumar, director of Marketing and Communications at Lulu, said Yousuf Ali, his wife Shabira and personal secretary Shahid P.K, along with the pilot and the co-pilot “are safe and stable after the pilot decided to make an emergency landing due to rainy weather.”

He added, Yusuff Ali M.A., currently in Kerala, was on a short trip from his home in Kochi to visit a relative at nearby hospital. Due to the sudden deterioration of the weather conditions and heavy rains, the experienced pilots decided to make precautionary landing at a safe place to prevent any risk to the life of the passengers or the public at large.

On Friday, Sheikh Mohamed Bin Zayed Al Nahyan, crown prince of Abu Dhabi and deputy supreme commander of the UAE Armed Forces, had conferred the Abu Dhabi Awards on Yousuf Ali and 11 others.

He was recognised for his support of national initiatives and events in the UAE including sports, culture, charitable and community-based projects. His support of many campaigns, both nationally and internationally, have positively impacted many local communities, said a WAM report. — Agencies

These were the details of the news LuLu Chairman Yousuf Ali’s helicopter makes emergency landing in Kerala for this day. We hope that we have succeeded by giving you the full details and information. To follow all our news, you can subscribe to the alerts system or to one of our different systems to provide you with all that is new.