Irish PM warns of ‘spiral back’ as N.Ireland wracked by week of riots 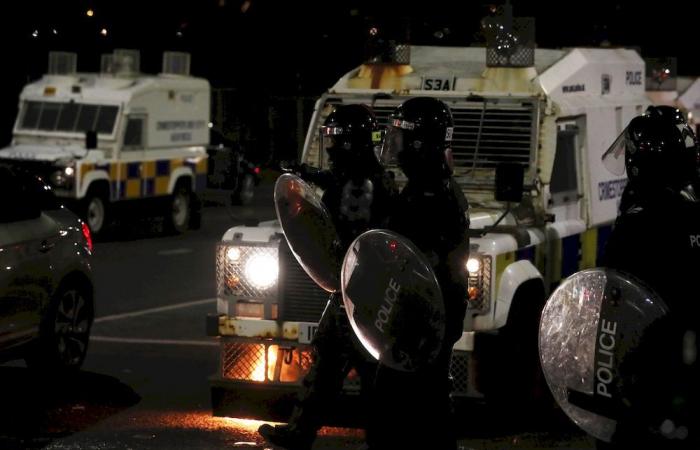 Hello and welcome to the details of Irish PM warns of ‘spiral back’ as N.Ireland wracked by week of riots and now with the details

BELFAST, April 11 — Irish prime minister Micheal Martin warned against a “spiral back” into sectarian conflict in Northern Ireland yesterday, as a week-long streak of riots raised fears for the future of a fragile peace in the British province.

Police issued no statements on unrest in Belfast yesterday, and the streets appeared calm in the regional capital which has been marred by rioting from pro-UK unionists and pro-Ireland nationalists in the longest run of violence in recent years.

On Friday night 14 officers were injured as petrol bombs and masonry were thrown in a unionist enclave, police said.

A car was also “hijacked and set on fire and pushed towards police lines”, as the total number of officers injured in recent disorder reached 88.

Elsewhere on Friday police clashed with a crowd of 40 in the northern town of Coleraine and a man was charged with “possessing petrol bombs in suspicious circumstances” following disorder in Newtownabbey, a suburb north of Belfast.

Saturday marked the 23rd anniversary of the 1998 Good Friday Agreement, which wound down the three-decades-long sectarian conflict over British rule in Northern Ireland which claimed 3,500 lives.

“We owe it to the agreement generation and indeed future generations not to spiral back to that dark place of sectarian murders and political discord,” Irish prime minister Micheal Martin said Saturday.

“There is now a particular onus on those of us who currently hold the responsibility of political leadership to step forward and play our part and ensure that this cannot happen.”

Irish foreign minister Simon Coveney said it “has been a difficult and worrying week.”

“This anniversary comes as a reminder of the responsibilities we all have, as well as what politics, determination and dialogue can achieve,” he said.

“That is the spirit we need now.”

The most bitter unrest in recent years has mainly emanated from the pro-UK unionist community.

Resentment is simmering in some quarters over apparent economic dislocation due to Brexit and existing tensions with pro-Irish nationalist communities.

But the violence has since spread into the nationalist community in the divided British province.

Officers deployed a water cannon for the first time in years and drove back the surging crowds late into the night.

The previous evening, the gates in a “peace wall” separating unionist and nationalist neighbourhoods were set alight.

Police said crowds from either side broke through to attack each other with petrol bombs, missiles and fireworks.

On Friday numerous marches had been planned in unionist communities in Belfast but they were cancelled following the news that Prince Philip — the husband of Queen Elizabeth II — had died.

“Protests are postponed as a mark of respect to the Queen and the Royal Family,” a hastily erected placard in one unionist neighbourhood announced. — AFP

These were the details of the news Irish PM warns of ‘spiral back’ as N.Ireland wracked by week of riots for this day. We hope that we have succeeded by giving you the full details and information. To follow all our news, you can subscribe to the alerts system or to one of our different systems to provide you with all that is new.