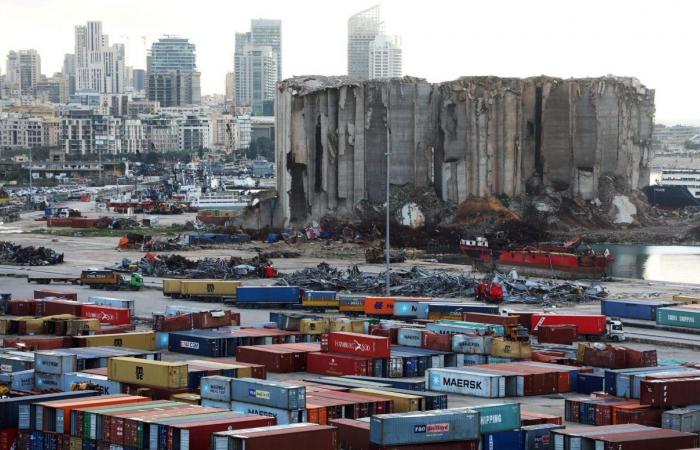 You are now following the details of the Let us rebuild Beirut’s port in less than three years, says France’s CMA CGM news and now we leave you with the details

Mohamed Nass - Cairo - PARIS (Reuters) – French container shipping group CMA CGM is pursuing a plan to rebuild Beirut’s port within three years, despite political deadlock in Lebanon that has prevented decisions on the port since a blast last August, a company executive said.

A chemical explosion at the port killed 200 people and destroyed entire neighborhoods, deepening Lebanon’s worst political and economic crisis since the 1975-1990 civil war.

CMA CGM’s plan, first outlined to Lebanese authorities in September, envisages the reconstruction of damaged docks and warehouses, along with port expansion and digitalisation, at a total cost estimated at $400 million to $600 million, Joe Dakkak, general manager CMA CGM Lebanon, said on Saturday.

“Our offer remains on the table,” he told Reuters. “Our project is a realistic one because the situation is urgent.”

Dakkak said the German initiative was more focused on longer-term real-estate development but CMA CGM would be willing to contribute to the port part of that project if invited to.

The French government is not part of CMA CGM’s reconstruction plan, Dakkak said, adding French companies and financial institutions had shown interest, and that the Lebanese state would have a role through a public-private partnership.

As well as devastating the bulk section of Beirut port, last year’s blast destroyed equipment in the container terminal. This has doubled waiting time for vessels, adding to longstanding inefficiencies at the port, according to Dakkak.

CMA CGM is the leading shipping operator at Beirut port, accounting for 60% of volumes, and remains a candidate in partnership with Swiss-based MSC for the concession to run the container terminal, Dakkak said.

It has been told a tender process to run the container terminal, held up by the political crisis, will be relaunched in two weeks, he added.

These were the details of the news Let us rebuild Beirut’s port in less than three years, says France’s CMA CGM for this day. We hope that we have succeeded by giving you the full details and information. To follow all our news, you can subscribe to the alerts system or to one of our different systems to provide you with all that is new.

NEXT Israeli president warns of civil war as Jews, Arabs clash over Gaza