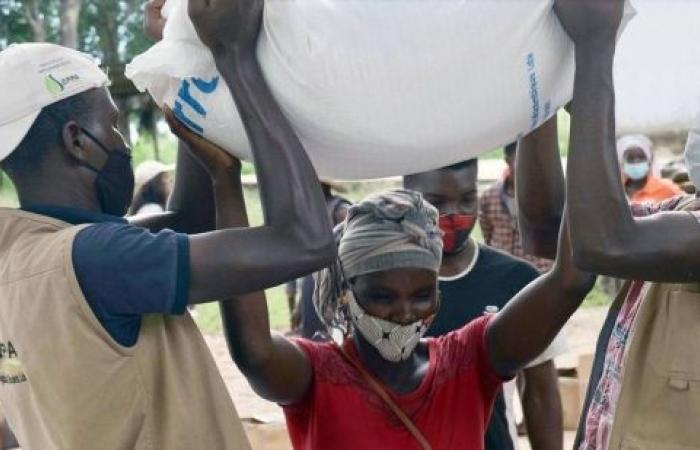 Hind Al Soulia - Riyadh - NEW YORK — The UN and partners are “following with deep concern” new reports of violations against civilians in northern Mozambique, the UN spokesperson said on Thursday.

Citing reports of atrocities carried out by child soldiers, alleged beheadings during attacks by non-State armed groups, and clashes in the Cabo Delgado region, Stéphane Dujarric told journalists at the regular daily briefing that although verifying information was extremely difficult, “we are concerned about the situation of civilians who fled the violence and those who remain in Palma”.

The coastal town just south of the border with Tanzania, was reportedly overrun by militant extremists on March 24, but three days ago, Mozambique’s military reported that it had regained control.

According to the UN Office for Coordination of Humanitarian Affairs (OCHA), attacks in and around Palma uprooted many who had been sheltering there after having fled conflict in other parts of the province.

Prior to that, nearly 670,000 — including some 160,000 women and adolescent girls as well as 19,000 pregnant women — were internally displaced in Cabo Delgado, Niassa and Nampula provinces, the vast majority of them reliant on host families, whose scarce resources are being exhausted.

The UN spokesperson said that nearly 12,800 people, 43 percent of whom are children, have arrived in the districts of Nangade, Mueda, Montepuez and Pemba since violence erupted.

“Many more are expected to still be on the move in search of safety and assistance,” he added.

Humanitarian partners in Mozambique are assisting displaced people at arrival points and scaling up the ongoing humanitarian response in Cabo Delgado. “So far in 2021, more than 500,000 people in the province have received humanitarian assistance,” he said.

On top of conflict in Cabo Delgado, in the first months of 2021 and prior to the Palma attacks, the humanitarian community in Mozambique was already stretched, having responded to multiple climate emergencies.

Yet, the humanitarian appeal for the current crisis is currently just one percent funded. “More resources are immediately required to meet the needs of people fleeing the violence in Palma”, underscored the UN spokesperson.

“The United Nations calls on all parties to the conflict in Cabo Delgado to protect civilians.”

Earlier in the week, the UN Refugee Agency (UNHCR) said the insurgent attack on Palma had forced at least 11,000 people to leave their homes and reportedly rendered thousands of others trapped as it “continues to work around the clock” to assist them.

UNHCR said that its teams in Pemba were following up on worrying reports that more than 1,000 displaced people were prevented from crossing the border into Tanzania and called on Mozambique’s neighbors to provide access to territory and asylum for people escaping violence.

At the same time, the World Food Program (WFP) said that the deteriorating security situation has caused evacuation flights to be suspended and left UN agencies struggling to get into Palma with food assistance.

“This is a humanitarian catastrophe beyond epic proportions,” said Antonella D’Aprile, WFP representative and country director for Mozambique, on Tuesday.

The UN food relief agency warned that hunger is rising in Palma, with some arrivals into Pemba saying they had not eaten for weeks.

“People fleeing Palma are completely traumatized by the violence they've witnessed in the past few days, and now, more than ever, they need our help”, said D’Aprile.

“Our priority is saving lives and making sure emergency assistance reaches those who need it most”. — UN News

These were the details of the news Humanitarian catastrophe in northern Mozambique ‘beyond epic proportions’ for this day. We hope that we have succeeded by giving you the full details and information. To follow all our news, you can subscribe to the alerts system or to one of our different systems to provide you with all that is new.