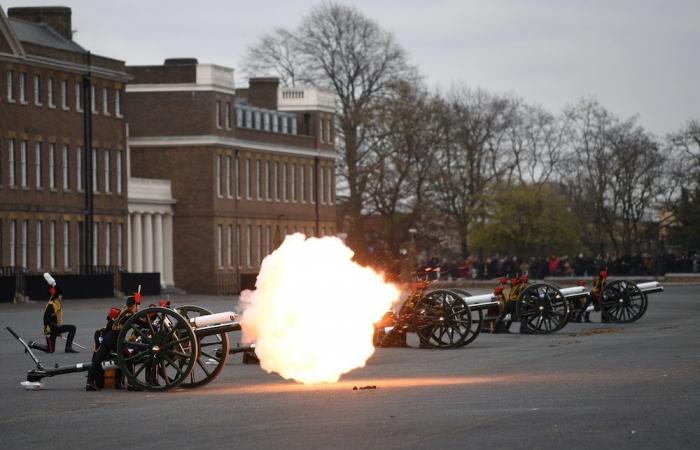 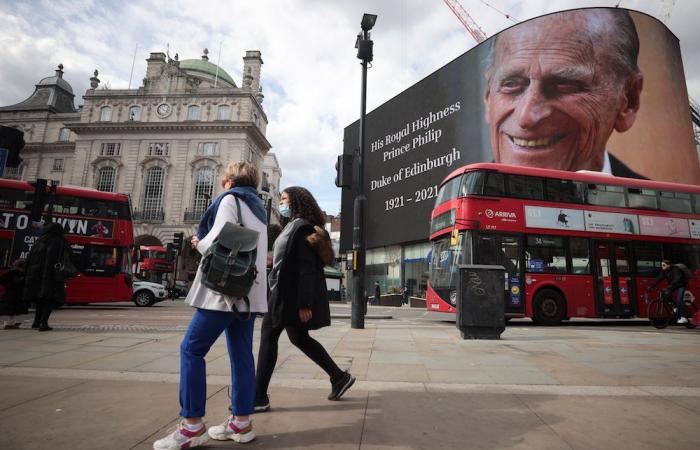 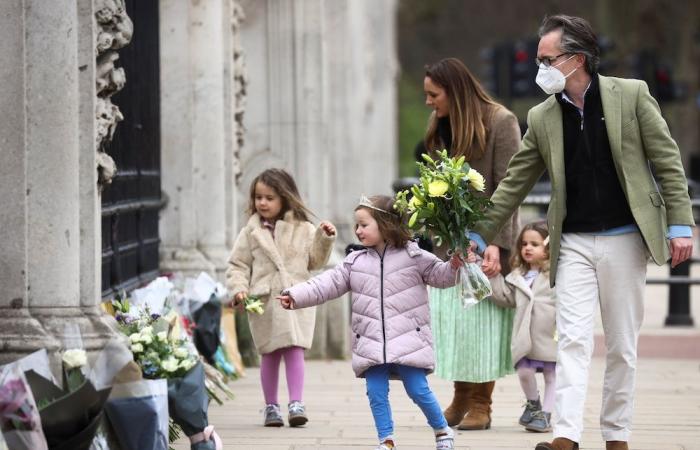 LONDON, Apr 10 — Military guns will be fired across Britain and sporting events will fall silent today as part of worldwide tributes to mark the death of Queen Elizabeth II’s husband, Prince Philip.

Philip, the longest serving royal consort in British history and a constant presence at the queen’s side for decades, died yesterday aged 99, triggering a period of national mourning.

The death of the Duke of Edinburgh is a profound loss for the 94-year-old monarch, who once described her husband of 73 years as her “strength and stay” throughout her long reign.

Flags are already flying at half-mast on government buildings and will do so until the morning after his funeral, the date of which has yet to be announced.

From 12:00 pm (1100 GMT), saluting batteries will fire 41 rounds — one round a minute for 40 minutes — in cities including London, Edinburgh, Cardiff and Belfast, as well as in Gibraltar and from Royal Navy warships at sea.

The Premier League and other sporting events are expected to pay their respects, with the Football Association recommending that black armbands be worn and a minute’s silence observed before this weekend’s matches.

A two-minute silence will be held ahead of today’s Grand National, the country’s showpiece horse race.

The well-rehearsed protocol for the duke’s death — codenamed “Forth Bridge” — includes the recall of parliament on Monday.

British television stations cleared their schedules for special broadcasts looking back on his life, although the BBC said it had received complaints about the blanket coverage.

Westminster Abbey, where the couple married in 1947, tolled its tenor bell 99 times yesterday, once for each year of the prince’s life.

Political campaigning for May local elections stopped, and Loyalist leaders in Northern Ireland, who have been rioting for days amid heightening political tensions in the British province, urged a pause in violence yesterday.

The call — “as a mark of respect to the Queen” — was largely heeded.

Marches that had been planned by members of the pro-UK unionist community in Belfast were cancelled today.

But despite the calls for calm, some lower-level disorder continued overnight.

Philip — who would have celebrated his 100th birthday in June — had been ill for some time, and spent more than a month in hospital from February 16 being treated for a pre-existing heart condition and an infection.

But the queen announced Philip’s passing “with deep sorrow” after he died peacefully yesterday morning at Windsor Castle, west of London.

“The Royal Family join with people around the world in mourning his loss,” a palace statement said.

In pre-recorded comments aired in a special BBC programme yesterday, Philip’s children reminisced about memories of their father, his long life and achievements.

“Well, you know he didn’t suffer fools. So if you said anything that was in any way ambiguous — he’d say ‘make up your mind!’” his eldest son and the queen’s heir, Prince Charles, said.

His sister, Princess Anne, said “there was a huge amount of encouragement to do things and quite a lot of leeway of pushing your own boundaries, which is probably not given to many nowadays”.

Britain’s newspaper front pages today expressed an outpouring of grief, with The Sun tabloid running the headline “We’re all weeping with you Ma’am” over photographs of the prince and the queen.

The Daily Mail splashed a picture of the queen looking at her husband along with the headline “Farewell, my beloved” on the front page of its 144-page souvenir edition.

Tributes came in from home and abroad, with Prime Minister Boris Johnson giving “thanks, as a nation and a kingdom, for the extraordinary life and work of Prince Philip”.

Political and faith leaders in Britain, and from the United States, Europe and Commonwealth countries including Australia, Canada, India, New Zealand and Pakistan also paid their respects.

In Australia, flags will be flown at half-mast, and there will be a 41-gun salute in the capital Canberra today as part of plans for remembrance.

US President Joe Biden highlighted World War II veteran Philip’s long record of duty to the Queen, “the people of the UK, the Commonwealth, and to his family”.

He called him a “heck of a guy” who “never slowed down” over his long life.

Actor Matt Smith, who played Philip in the first two series, said: “Prince Philip was the man. And he knew it. 99 and out but what an innings. And what style.

“Thank you for your service old chap — it won’t be the same without you.”

Tobias Menzies, who played Philip in series three and four, paid tribute with a quote from William Shakespeare’s As You Like It.

Philip is expected to be buried at St George’s Chapel in Windsor Castle, according to the royal College of Arms, at a date to be determined.

His grandson, Prince Harry, is likely to make his first return to Britain since his shock move to the United States last year, British media reported.

The couple, who celebrated their 73rd wedding anniversary in November, had been living largely in isolation at Windsor, because their age put them at heightened risk from Covid-19.

He was last seen at a staged appearance at a military ceremony at Windsor last July, days after attending the wedding ceremony of his granddaughter Princess Beatrice.

Much of the planning for the funeral has had to be adapted to avoid the gathering of large crowds, because of strict coronavirus restrictions and social distancing guidelines.

Today members of the British public continued to pay their respects outside Buckingham Palace and Windsor, despite royal family requests for people not to gather at royal residences because of Covid restrictions.

Hundreds of flowers that had been layed outside the Queen’s official residence in central London on Friday have been moved to Windsor to apparently to discourage further gathering.

An online book of condolences on the royal family’s official website has been put in place rather than conventional public tributes, and no lying in state. — AFP

These were the details of the news Gun salutes and silence to mark Prince Philip’s death for this day. We hope that we have succeeded by giving you the full details and information. To follow all our news, you can subscribe to the alerts system or to one of our different systems to provide you with all that is new.