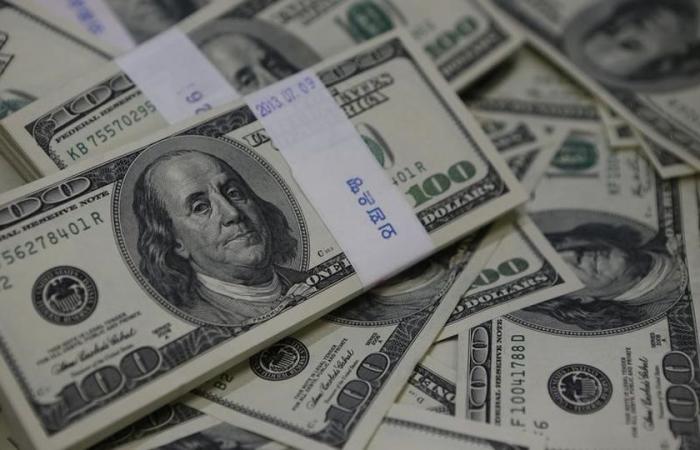 NEW YORK, April 10 — The dollar edged higher against a basket of currencies yesterday, paring some of the week’s losses, as a stronger-than-expected rise in US and Chinese inflation gauges drove up bond yields.

The US Dollar Currency Index, which measures the greenback against a basket of six currencies, was 0.10 per cent higher at 92.163.

“We’re seeing a consolidation in the broad US dollar today after a week of losses as inflation data from China and the US sparks the US treasury curve back into life,” said Simon Harvey, currency analyst at broker Monex Europe.

Data yesterday, showed US producer prices increased more than expected in March, resulting in the largest annual gain in 9-1/2 years, fitting in with expectations for higher inflation as the economy reopens amid an improved public health environment and massive government funding.

Inflation is expected to heat up this year, driven by pent-up demand and as the weak readings last spring drop out of the calculation. Prices tumbled early in the pandemic amid mandatory closures of non-essential businesses across many states to slow the first wave of Covid-19 infections.

Most economists and Federal Reserve officials believe higher inflation will be transitory because of labour market slack.

Earlier yesterday, data showed China’s factory gate prices beat analyst expectations and rose at their fastest annual pace since July 2018 in March, the latest sign that a recovery in the world’s second-largest economy is gathering momentum.

The dollar was also helped by data showing a second straight monthly drop in industrial production in Germany, further boosting the likelihood of Europe’s biggest economy having contracted in the first quarter.

Still, the dollar’s rally this year appears to have run out of steam. Despite yesterday’s gains, the dollar index was on pace to finish the week down 0.9 per cent, its worst weekly showing this year.

“I guess this may only be a pause with the US dollar selling likely to resume so long as the Fed’s patient rhetoric remains unchanged, especially this early in the anticipated inflation cycle,” Stephen Innes, chief global market strategist at Axi, said in a note.

Sterling pared losses to trade little changed on the day after having touched a two-month low against the dollar in early London trading. It was still set for its biggest weekly drop against the euro so far this year, hurt by profit-taking after a strong first quarter.

The Australian dollar also fell as much as 0.9 per cent, before paring its losses.

Analysts at MUFG said in a note the move had no clear macro trigger, but a financial stability report from Australia’s central bank indicating it would refrain from monetary policy action to tackle growing lending risk may have pressured the currency. — Reuters

These were the details of the news Dollar edges up as inflation data helps lift Treasury yields for this day. We hope that we have succeeded by giving you the full details and information. To follow all our news, you can subscribe to the alerts system or to one of our different systems to provide you with all that is new.