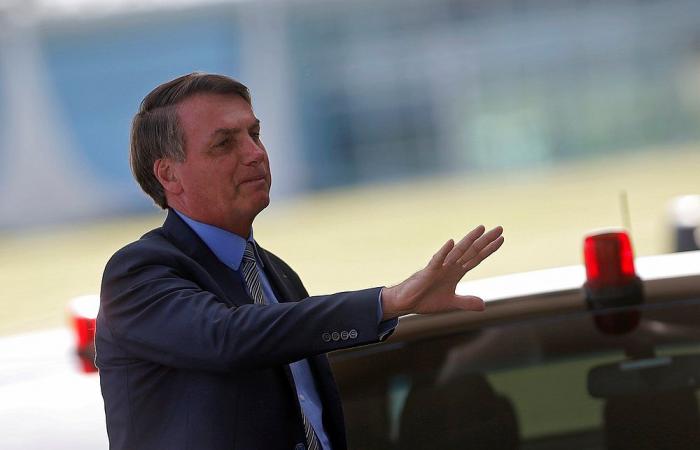 Supreme Court Justice Luis Roberto Barroso ruled late on Thursday that enough senators had signed on to a proposed inquiry on the government’s pandemic response to launch the probe despite stalling by Senate leadership.

“It’s a stitch-up between Barroso and the leftists in the Senate to wear out the government,” Bolsonaro told supporters outside his residence, accusing the judge of “politicking.”

A Senate investigation represents the most severe political consequence to date for Bolsonaro’s approach to the coronavirus, which he compared to a “little flu” last year as he ignored health experts calling for mask wearing and social distance.

Bolsonaro has backed off his criticism of Covid-19 vaccines, but he continues to attack governors attempting lockdowns and even milder measures, accusing them without proof of killing more with those restrictions than the virus itself.

Covid-19 has taken more than 345,000 lives in Brazil, second only to the United States. One in four deaths from the pandemic this week were in Brazil, where a brutal wave is overwhelming hospitals and setting records of more than 4,000 deaths per day.

“What you are dealing with here is a raging inferno of an outbreak,” said Bruce Aylward, senior adviser to the director general of the World Health Organisation, in a public briefing.

Yet fatigue and political pressure from Bolsonaro have pushed some governors to ease restrictions despite record deaths.

The state of Sao Paulo, whose governor has been a critic of the president, announced that it was loosening some restrictions next week even as its hospitals struggle to manage case loads.

Meanwhile, the city of Rio de Janeiro, the second largest in the country, let a series of restrictions that had been put in place in late March expire yesterday. As a result, bars, restaurants and malls can now resume in-person service.

Brazil’s vaccination drive, while faster than that of most countries in Latin America, is proceeding slowly compared to many developed countries and has so far relied heavily on one vaccine — Coronavac — which was developed by China’s Sinovac Biotech Ltd and has been frequently criticised by Bolsonaro.

Yesterday afternoon, national health agency Anvisa announced it was sending inspectors to two factories in Russia where the Sputnik V vaccine is produced in order to evaluate that jab’s safety. — Reuters

These were the details of the news WHO warns on Brazil Covid-19 outbreak as Bolsonaro blasts Senate inquiry for this day. We hope that we have succeeded by giving you the full details and information. To follow all our news, you can subscribe to the alerts system or to one of our different systems to provide you with all that is new.