Merkel to take control from German states in pandemic battle 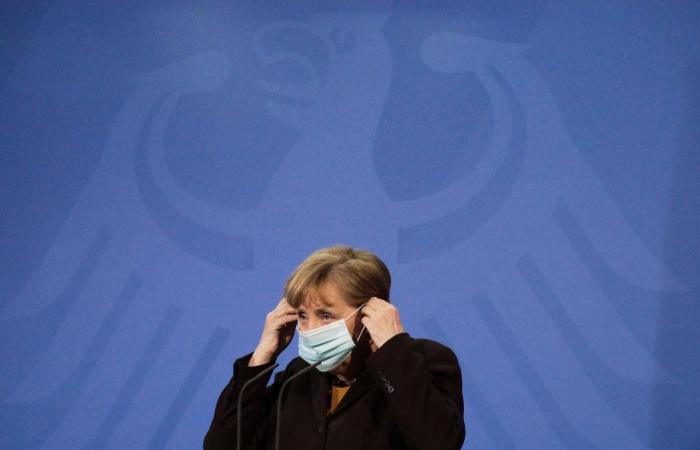 Jeddah - Yasmine El Tohamy - LONDON: Prince Philip, husband of Queen Elizabeth and a leading figure in the British royal family for almost seven decades, has died aged 99, Buckingham Palace said on Friday.
Here are reactions from major public figures in Britain and around the world.

UK PRIME MINISTER BORIS JOHNSON
“We remember the Duke ... above all for his steadfast support for Her Majesty the Queen, not just as her consort, by her side, every day of her reign, but as her husband, has strength and stay of more than 70 years. And it is to Her Majesty, and her family, that our nation’s thoughts must turn today.”
“Like the expert carriage driver that he was he helped to steer the royal family and the monarchy so that it remains an institution indisputably vital to the balance and happiness of our national life.”

JUSTIN WELBY, ARCHBISHOP OF CANTERBURY
“I join with the rest of the United Kingdom and the Commonwealth in mourning the loss of His Royal Highness Prince Philip, The Duke of Edinburgh, and give thanks to God for his extraordinary life of dedicated service.”
“On the occasions when I met him, I was always struck by his obvious joy at life, his enquiring mind and his ability to communicate to people from every background and walk of life. He was a master at putting people at their ease and making them feel special.”

UK OPPOSITION LABOUR PARTY LEADER KEIR STARMER
“The United Kingdom has lost an extraordinary public servant in Prince Philip.”
“Prince Philip dedicated his life to our country — from a distinguished career in the Royal Navy during the Second World War to his decades of service as the Duke of Edinburgh.”
“However, he will be remembered most of all for his extraordinary commitment and devotion to The Queen.”

SCOTTISH FIRST MINISTER NICOLA STURGEON
“I am saddened by news that the Duke of Edinburgh has died. I send my personal and deepest condolences — and those of @scotgov and the people of Scotland — to Her Majesty The Queen and her family.”

INDIAN PRIME MINISTER NARENDRA MODI
“He had a distinguished career in the military and was at the forefront of many community service initiatives. May his soul rest in peace.”

IRISH PRIME MINISTER MICHEAL MARTIN
“Saddened to hear of the death of HRH Prince Philip, Duke of Edinburgh. Our thoughts and prayers are with Queen Elizabeth and the people of the United Kingdom at this time.”

SINN FEIN LEADER MARY LOU MCDONALD
“Sincere condolences to Queen Elizabeth and family on the death of her husband Prince Phillip. Sympathies to those of a British identity on our island, for whom his death will be felt as a great loss.”

FORMER US PRESIDENT GEORGE W. BUSH
“Throughout his long and remarkable life, he devoted himself to worthy causes and to others. He represented the United Kingdom with dignity and brought boundless strength and support to the sovereign. Laura and I are fortunate to have enjoyed the charm and wit of his company, and we know how much he will be missed.”

FORMER BRITISH PRIME MINISTER TONY BLAIR
“He will naturally be most recognized as a remarkable and steadfast support to the Queen over so many years. However, he should also be remembered and celebrated in his own right as a man of foresight, determination and courage.”

NEW ZEALAND PRIME MINISTER JACINDA ARDERN
“Prince Philip will be fondly remembered for the encouragement he gave to so many young New Zealanders through The Duke of Edinburgh’s Hillary Award. In over fifty years of The Award in New Zealand, thousands of young people have completed life-changing challenges through the program.”

KING HARALD OF NORWAY
“Our thoughts are with Queen Elizabeth and the rest of her family. We also send our condolences to the British people.”

KING KARL XVI GUSTAF OF SWEDEN
“Prince Philip has been a great friend of our family for many years, a relation which we have deeply valued. His service to his country will remain an inspiration to us all.”

These were the details of the news Merkel to take control from German states in pandemic battle for this day. We hope that we have succeeded by giving you the full details and information. To follow all our news, you can subscribe to the alerts system or to one of our different systems to provide you with all that is new.