US to send two warships to Black Sea, says Turkey 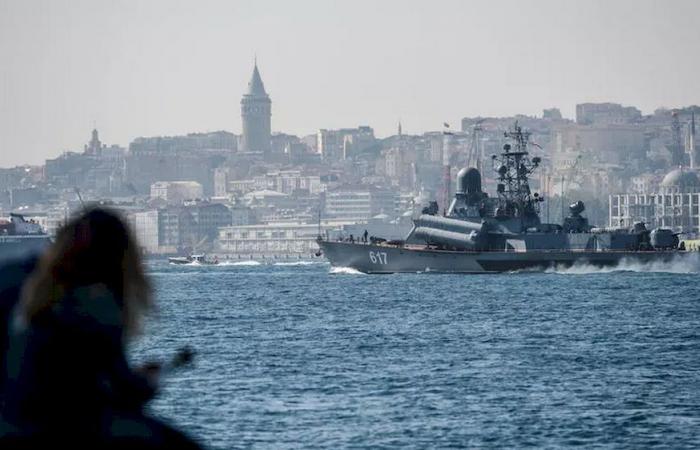 Hello and welcome to the details of US to send two warships to Black Sea, says Turkey and now with the details

ISTANBUL, April 9 — The United States will send two warships through the Bosphorus to the Black Sea next week, the Turkish foreign ministry said today, as tensions simmer between Russia and Ukraine.

The ships will pass through the Bosphorus and enter the increasingly restless region on April 14 and 15 and leave on May 4 and May 5, a Turkish foreign ministry source told reporters.

Washington is required to give Ankara at least 15 days’ notice before sending warships through the Bosphorus and Dardanelles straits under the terms of the 1936 Montreux Convention.

The treaty’s terms allow foreign warships to stay in the Black Sea for 21 days.

US Navy ships routinely operate in the region in support of Ukraine, which has been fighting Russian-backed forces in its east since a 2014 revolution ousted the pro-Moscow leader in Kiev.

Russia annexed Ukraine’s Crimea peninsula around the same time, setting up a confrontation with the West that lingers to this day.

Russia recently sent military reinforcements to both the Ukrainian border and Crimea.

White House press secretary Jen Psaki said yesterday the number of Russian troops at the border with Ukraine was now greater “than at any time since 2014”.

The US embassy in Turkey declined to comment when contacted by AFP.

The conflict of Ukraine’s mainly Russian-speaking east has claimed more than 13,000 lives and turned into a nagging problem in Moscow’s relations with the West.

The fighting has subsided in the past few years but a diplomatic solution to settle the eastern regions’ status has stayed out of reach.

Crimea is also still recognised as part of Ukraine by the United Nations, and Kiev vows to one day win it back.

New US President Joe Biden, who previously oversaw Washington’s policies on Ukraine, is viewed as a strong ally by Ukrainians.

His predecessor Donald Trump was well known as a personal admirer of Russian President Vladimir Putin, which was seen a major problem in Kiev. — AFP

These were the details of the news US to send two warships to Black Sea, says Turkey for this day. We hope that we have succeeded by giving you the full details and information. To follow all our news, you can subscribe to the alerts system or to one of our different systems to provide you with all that is new.

PREV Two Tokyo Olympics: Inside and outside the National Stadium
NEXT Afghanistan mourns 60 schoolgirls killed in deadliest attack in years