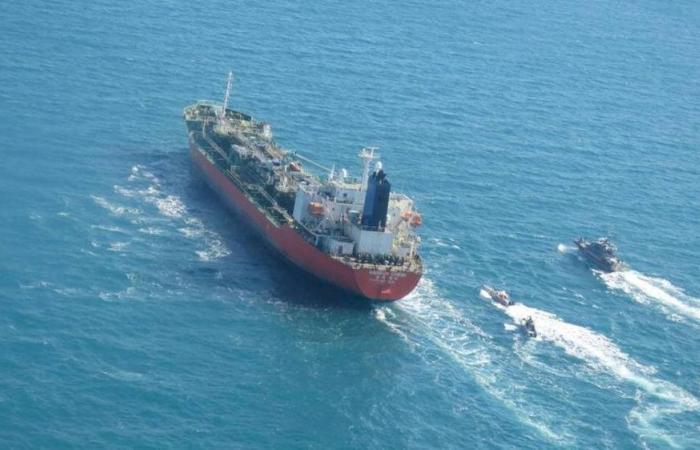 TEHRAN, April 9 — Iran today released a South Korean-flagged tanker it had seized three months ago after a dispute over billions in frozen oil funds.

The release comes as Iran is engaged in talks with world powers in Vienna — described by Iran’s President Hassan Rouhani as a “new chapter” — aimed at salvaging a 2015 nuclear deal and lifting US sanctions on the Islamic republic.

The Islamic Revolutionary Guard Corps seized the Hankuk Chemi and its multinational crew of 20 sailors in January, but South Korea’s foreign ministry said today that its detention had been lifted and “the ship departed safely today”.

“The ship was ordered to be freed by the prosecutor following the completion of investigations (and) upon the request of the ship owner and the South Korean government,” Saeed Khatibzadeh was quoted by state news agency IRNA as saying.

“Lack of any previous records (of wrongdoing) in the region by the captain and the ship helped the prosecutor have a positive view,” he added.

Ship-tracking website MarineTraffic showed the 147-metre-long (482-foot) vessel under way at 10 knots and crossing the Strait of Hormuz out of the Gulf.

At the time of the seizure Tehran said the vessel was carrying 7,200 tons of “oil chemical products” and accused it of “repeated infringement of maritime environmental laws”.

The move came after Tehran had urged Seoul to release billions of dollars of Iranian assets frozen in South Korea under US sanctions over its nuclear programme.

Tehran said in February that all the crew except the captain would be allowed to leave the country as a humanitarian gesture, but most of them remained on board to maintain the ship.

In the same month, Seoul said the two sides had agreed on a way forward to release billions of dollars frozen from Iran’s oil sales — but it was awaiting US approval.

Iran was a key oil supplier to resource-poor South Korea until Washington’s rules blocked the purchases, and Tehran says it has a total of US$7 billion of funds blocked in Seoul.

Tehran agreed a multinational deal known as the JCPOA to curtail its nuclear programme in exchange for sanctions relief in 2015, but the accord was thrown into disarray three years later when Washington pulled out under then-president Donald Trump.

New US President Joe Biden has signalled his readiness to revive the accord and negotiators began meeting this week in Vienna to try to put it back on track.

Secretary of State Antony Blinken, however, signalled last month that Washington would be opposed to releasing the funds blocked in South Korea unless Iran returned to full compliance with the nuclear agreement.

The foreign ministry in Seoul made no mention of the funds in its latest statement, although South Korean media said Prime Minister Chung Sye-kyun would soon visit Tehran, without giving a date.

The vessel’s operator, DM shipping, was not immediately available for comment.

Tehran has repeatedly denied that the seizure of the vessel was linked to the funds issue.

In July 2019, the Guards seized British-flagged oil tanker Stena Impero in the Strait of Hormuz for allegedly ramming a fishing boat.

They released it two months later.

At the time it was widely seen as a tit-for-tat move after authorities in the British overseas territory of Gibraltar detained an Iranian tanker and later released it, despite US objections. — AFP

These were the details of the news Iran releases seized South Korean tanker for this day. We hope that we have succeeded by giving you the full details and information. To follow all our news, you can subscribe to the alerts system or to one of our different systems to provide you with all that is new.