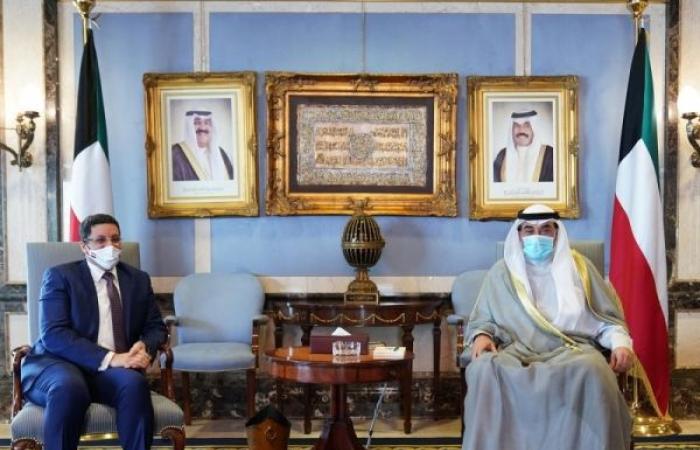 KUWAIT CITY — Kuwait’s Prime Minister Sheikh Sabah Khaled Al-Hamad Al-Sabah has lauded Saudi Arabia’s initiative to reach a political solution to the Yemeni crisis and to ease the suffering of the people, the Kuwait News Agency reported on Thursday.

The Kuwaiti premier made the remarks during his meeting with Yemeni Foreign Minister Ahmad Awad Bin Mubarak at Seif Palace here on Thursday.

The Kuwaiti premier assured the visiting Yemeni foreign minister and an accompanying delegation of Kuwait’s support for all efforts aimed at reaching a comprehensive political solution to the Yemeni crisis.

The meeting was also attended by Kuwait’s Minister of Health and Acting Minister of State for Cabinet Affairs Sheikh Bassel Humoud Hamad Al-Sabah.

They reviewed the deep-rooted ties between the two countries and the latest developments in Yemen in light of the international efforts to push the political process forward.

Sheikh Ahmad also affirmed Kuwait's readiness to provide the necessary support to Yemen in the various developmental and economic sectors, asserting the importance of holding the meeting of the joint ministerial technical committee this year.

These were the details of the news Kuwait’s PM lauds Saudi initiative to end Yemeni crisis for this day. We hope that we have succeeded by giving you the full details and information. To follow all our news, you can subscribe to the alerts system or to one of our different systems to provide you with all that is new.