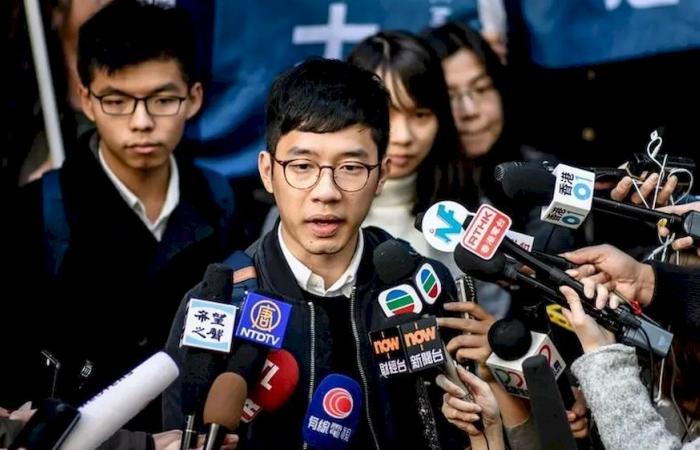 London and Beijing are at bitter odds over the fate of Hong Kong, with Britain accusing China of tearing up its promise to maintain key liberties in the former colony for 50 years after the handover.

Law said yesterday he had been granted asylum in Britain, after fleeing semi-autonomous Hong Kong following the introduction of a sweeping new security law.

That provoked an angry response in Beijing.

“The UK should immediately correct its mistake, and stop interfering in Hong Kong affairs and China’s internal affairs,” he added.

British Foreign Secretary Dominic Raab hit back in a tweet later today, saying Britain “has a proud history of providing protection to those who need it”.

He also confirmed that Law was granted asylum.

Law, a 27-year-old former Hong Kong lawmaker and student activist, fled to Britain in July 2020 in the weeks after the national security law — opposed by democracy protesters — was imposed.

Law wrote on Twitter that he had been granted asylum after several interviews over a period of four months.

“The fact that I am wanted under the National Security Law shows that I am exposed to severe political persecution and am unlikely to return to Hong Kong without risk,” he wrote.

The activist highlighted the plight of other asylum seekers from Hong Kong in Britain who might not have the same weight of evidence behind their claims.

“I hope that my case can help the Home Office understand more about the complicated situation in Hong Kong,” he added.

The fate of potentially millions of Hong Kongers who Britain has offered an escape route has become a point of bitter diplomatic contention between Beijing and London, which ceded the former colony in 1997.

China said earlier this year it will not recognise the British National (Overseas) passport for Hong Kongers because of a new visa scheme introduced in January offering a pathway to full British citizenship for those who want to leave the territory.

Beijing and London have in recent weeks also clashed over Chinese sanctions against four British entities and nine individuals including lawmakers that have spoken out in defence of China’s Uyghur Muslim minority.

Candidates for public office will have their entire history vetted as Beijing seeks to ensure “patriots” run the city.

Nine veteran activists were convicted by a local court earlier this week of organising one of Hong Kong’s biggest peaceful pro-democracy protests in 2019.

The party disbanded on the same day China’s new security legislation was imposed in Hong Kong.

In exile, Law has continued to champion the cause of pro-democracy groups in Hong Kong on social media.

Last month he hit out at mass trials of activists in Hong Kong, saying they showed “the Chinese Communist party nakedly abuses its powers and uses the courts to demonstrate that power”. — AFP

These were the details of the news China says UK sheltering ‘wanted criminals’ after HK asylum ruling for this day. We hope that we have succeeded by giving you the full details and information. To follow all our news, you can subscribe to the alerts system or to one of our different systems to provide you with all that is new.