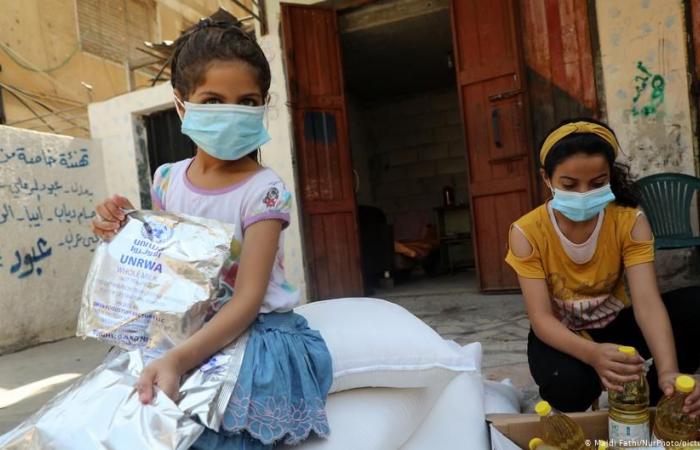 Mohamed Nass - Cairo - US President Joe Biden on Wednesday restored aid to the Palestinians, promising $235 million (€198 million) in assistance to the UN Relief and Works Agency for Palestine Refugees in the Near East, or UNRWA.

A reversal of assistance cuts initiated by former President Donald Trump, the move was swiftly denounced by the Israeli government.

The funding “provides critical relief to those in great need, fosters economic development and supports Israeli-Palestinian understanding, security coordination and stability,” US Secretary of State Antony Blinken said in a statement.

The US State Department said the nation would contribute $150 million to the UN agency and give an additional $75 million in economic and development assistance for the West Bank and Gaza on top of $10 million for peacebuilding efforts.

The agency provides aid and relief services to around 5.7 million registered Palestinian refugees in the occupied West Bank, Gaza Strip and across the Middle East.

Historically the UNRWA counted on the United States as its top donor. But it has been facing a shortfall since Trump withdrew funds in 2018. The funding promise made Wednesday is still below the $355 million the US contributed in 2016.

The agency said its needs have been rising due to COVID-19 and the hardships faced by Palestinians living in war-torn Syria and economically troubled Lebanon and Jordan.

The new funding is in addition to an earlier $15 million coronavirus assistance support measure given to the Palestinians amid criticism that Israel, a leader in vaccinating its citizens, had not acted similarly for people in the territory it occupies and said that responsibility lies on the Palestinian Authority

How did the Israeli government react?

The Israeli government, which remains divided following recent elections, had largely refrained from criticizing the new Biden administration, but Wednesday’s move was met with immediate indignation.

“We believe that this UN agency for so-called ‘refugees’ should not exist in its current format,” said Gilad Erdan, the Israeli ambassador to the United States.

“I have expressed my disappointment and objection to the decision to renew UNRWA’s funding without first ensuring that certain reforms, including stopping the incitement and removing anti-Semitic content from its educational curriculum, are carried out,” Erdan said.

Israeli Foreign Ministry spokesman Lior Haiat also expressed his government’s displeasure, “Israel’s position is that the UNRWA in its present form perpetuates the conflict rather than helping to resolve it.”

What have Palestinians said?

“We are eagerly awaiting the resumption not only of financial assistance but of political relations with the United States to allow the Palestinian people to achieve their legitimate rights for an independent state with Jerusalem as its capital,” said Mohammed Shtayyeh, the Palestinian prime minister.

What have been the reactions of the UN and global community?

In contrast, the United Nations welcomed the restoration of US funding for the UNRWA.

“There were a number of countries that had greatly reduced or halted contributions to UNRWA,” UN spokesperson Stephane Dujarric told reporters. “We hope that the American decision will lead others to rejoin.”

“Since the challenges have only become greater in a time of corona, the announcement by the US government comes at the right time for those affected in the region,” Maas said in a statement.

Is Biden moving towards a new two-state solution?

Secretary of State Antony Blinken said that the promised assistance “serves important US interests and values” as “a means to advance towards a negotiated two-state solution.”

However, the new US administration has moved cautiously so far.

No major steps are expected until a clear winner emerges from Israel’s inconclusive March election.

This will be followed by Palestinian elections scheduled in the coming months.

These were the details of the news United States to restore funding to Palestinians for this day. We hope that we have succeeded by giving you the full details and information. To follow all our news, you can subscribe to the alerts system or to one of our different systems to provide you with all that is new.