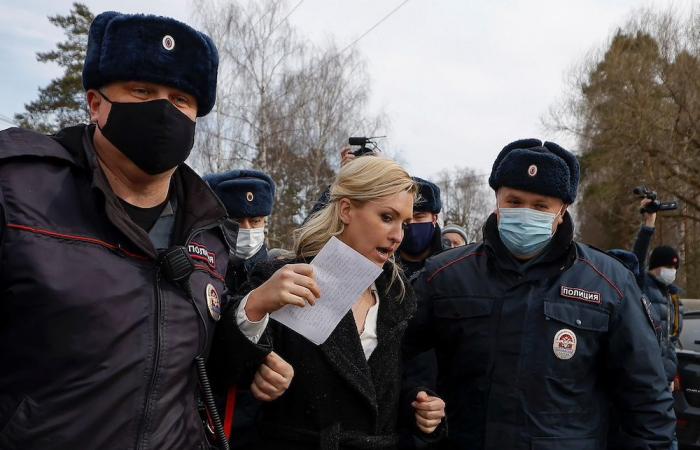 MOSCOW, April 8 — A Russian court has handed week-long sentences to several supporters of jailed Kremlin critic Alexei Navalny after they travelled to his penal colony to demand he receive proper medical treatment.

Police on Tuesday detained nine Navalny supporters outside his prison in the town of Pokrov around 100 kilometres (60 miles) east of Moscow for violating public order.

The supporters had gathered outside the colony to demand access to Navalny, who is on hunger strike and demanding medical treatment for several health issues.

Late yesterday, lawyers from the Agora rights group representing them said four of the supporters had received stints in detention centres ranging from eight to nine days.

Three are members of the Alliance of Doctors medical trade union, which is critical of the government and headed by Navalny’s personal doctor Anastasia Vasilyeva.

Navalny went on hunger strike last Wednesday to demand proper medical treatment for severe back pain and numbness in both legs, saying he had only been given painkillers.

He has since said he has also come down with a heavy cough and fever.

Yesterday evening, his lawyer Olga Mikhailova said she had visited the opposition figure, who was moved to the prison infirmary.

She said he is losing sensation in his hands and that an MRT scan had shown that he has two herniated discs in his back, as well as a bulging disc.

The activists have been under house arrest since late January charged with violating sanitary and epidemiological measures by attending a Moscow protest in support of Navalny.

A Moscow court said they now face a daily curfew from 8:00 pm until 6:00 am, are barred from communicating with each other and cannot use the internet or phones except in the event of an emergency.

Navalny, 44, was arrested in January after returning from Germany where he was recovering from a nerve agent poisoning he blames on the Kremlin.

He was sentenced the following month to two-and-a-half years in a penal colony for breaching the parole terms of an earlier fraud sentence.

Washington and Brussels have called for Navalny’s immediate release and imposed sanctions on Moscow over the poisoning.

These were the details of the news Navalny supporters jailed for penal colony protest for this day. We hope that we have succeeded by giving you the full details and information. To follow all our news, you can subscribe to the alerts system or to one of our different systems to provide you with all that is new.