What is thrombocytopenia, the rare blood condition possibly linked to the AstraZeneca vaccine? 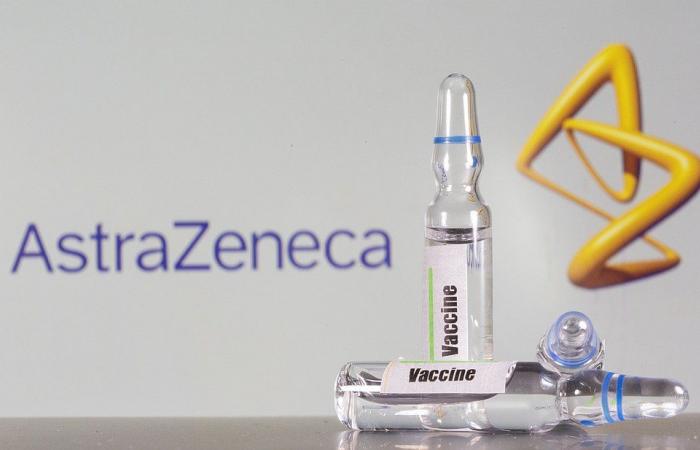 Hello and welcome to the details of What is thrombocytopenia, the rare blood condition possibly linked to the AstraZeneca vaccine? and now with the details

This follows reports over recent weeks of blood clots in a small number of people around the world who had received the AstraZeneca vaccine, including one man who was hospitalised in Melbourne.

Scientists have termed the condition “vaccine induced prothrombotic immune thrombocytopenia” (VIPIT). But what does this actually mean, how significant is the risk, and what are the implications for Australia’s vaccine rollout — which is currently relying predominantly on the AstraZeneca jab?

As indicated by its name, VIPIT is a form of something called thrombocytopenia.

Thrombocytopenia is a condition whereby the numbers of thrombocytes (very small blood particles, or platelets) are markedly reduced. Platelets form clots to stop bleeding, so when you don’t have enough platelets in your blood, your body can’t form clots. This can lead to excessive bleeding.

The condition has a genetic component, but can also arise from more than 300 common medicines, including penicillin and certain pain killers. Quinine, which is added to tonic water for flavour, can also very rarely cause thrombocytopenia.

The symptoms of VIPIT can include severe headaches, abdominal pain, seizures and visual changes. These are similar to the symptoms of thrombocytopenia unrelated to the vaccine.

In rare cases of thrombocytopenia, clots can develop in the vessels draining blood from the brain. The European Medicines Agency said it had received reports of 169 cases of brain blood clots in people who had been vaccinated with the AstraZeneca shot.

In severe cases, thrombocytopenia can be fatal. There have been deaths from blood clots reportedly associated with the AstraZeneca vaccine, including 19 in the United Kingdom.

VIPIT appears to present 4-20 days after vaccination, and so far, the issue has been largely associated with women under the age of 65.

So how could this vaccine potentially cause thrombocytopenia? The “prothrombotic immune” part of the name denotes it’s caused by an over-activation of the immune system, which gives us a clue.

The AstraZeneca vaccine prompts cells to make a specific part of SARS-CoV-2 (the virus that causes Covid-19), called the spike protein, which the virus uses to attach to cells when infecting us.

The vaccine stimulates our immune system to generate antibodies against the spike protein, which then primes the body to mount an immune response against SARS-CoV-2, if it encounters the virus in the future.

But in some people, the AstraZeneca vaccine seems to produce antibodies that react with platelets, making them stick together, leading the blood to clot. This in turn reduces circulating platelet numbers, and hence the thrombocytopenia.

Naturally occurring thrombocytopenia affects about one in 30,000 adults a year in the United States.

As for the suspected vaccine-induced kind, according to data collated by the Thrombosis and Haemostasis Society of Australia and New Zealand, VIPIT is as rare as one in 500,000 people. But the society notes the data are incomplete.

Different countries have reported different rates. Norway, for example, has so far reported one in 25,000 vaccinated adults under the age of 65 have experienced low platelet counts, bleeding, and widespread thromboses (blood clots).

Of course, the possibility that some of these cases of thrombocytopenia may have occurred regardless of the vaccine makes understanding vaccine-induced cases more complicated. But taken together, thrombocytopenia appears to be more common in the general population than among those who have been vaccinated.

As we continue to vaccinate the world, it’s likely small subsets of people will continue to experience this complication. Whether we can establish a causal link between the AstraZeneca vaccine and thrombocytopenia is subject to continued investigation.

Amid this ongoing investigation, some countries, such as Norway, have paused their rollouts of the AstraZeneca vaccine. Others have restricted use of the vaccine in certain groups, like Canada, which is using it only for adults older than 55, who may have higher risks from Covid and lower risk of blood clots. Meanwhile, the UK has pledged to make other vaccine options available for younger people.

We will wait to see how the Australian experts respond. But for the general adult population, we agree with the current guidance from bodies including the European Medicines Agency and the World Health Organisation that the benefits of the AstraZeneca vaccine outweigh the risks.

That said, it’s not unreasonable to be cautious. You should monitor for these symptoms up to 28 days after receiving the jab:

If you’re experiencing any of these symptoms and you’re concerned, seek medical advice. — The Conversation via Reuters

These were the details of the news What is thrombocytopenia, the rare blood condition possibly linked to the AstraZeneca vaccine? for this day. We hope that we have succeeded by giving you the full details and information. To follow all our news, you can subscribe to the alerts system or to one of our different systems to provide you with all that is new.