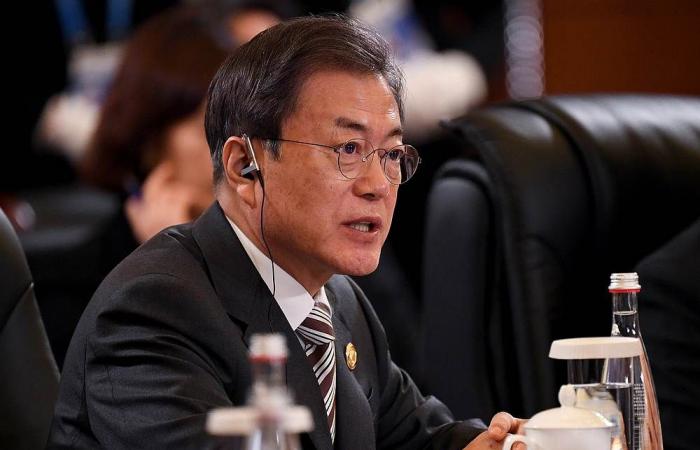 Hello and welcome to the details of Crushing poll defeats for S. Korea’s ruling party and now with the details

SEOUL, April 8 — South Korea’s conservative opposition won landslide victories in votes for the mayors of the country’s two biggest cities, results showed yesterday, in a bad sign for Moon Jae-in’s Democratic Party a year before the next presidential poll.

Both Democratic-held posts became vacant last year as a result of sexual harassment allegations, with Seoul mayor Park Won-soon killing himself while the leader of the southern port of Busan resigned.

Between them the two municipalities account for around a quarter of the national population and the vote was seen as a significant barometre of public opinion ahead of the March 2022 presidential election.

In Seoul, Oh Se-hoon of the conservative People Power Party defeated his Democratic opponent by 57.5 per cent to 39.2 per cent, according to the National Election Commission, winning all the city’s 25 districts.

“I can’t hold back the heavy sense of responsibility that’s really weighing down on my mind,” said Oh.

The conservatives’ margin of victory in Busan was even higher, at 62.7 per cent to 34.4 per cent.

Moon and his Democratic Party have been struggling with plummeting ratings in recent months amid public outrage over soaring housing prices, deepening inequality and corruption and sex abuse scandals involving senior officials.

In a statement, the ruling party said it “humbly accepts the public sentiment displayed in the election results”, adding: “We have caused the public huge disappointment due to our shortcomings.”

The two new mayors will serve out the remaining 14 months of their predecessors’ four-year terms.

It was the first time turnout at local elections had exceeded 50 per cent, the commission added.

Moon — who is limited to a single term by the South’s constitution — saw his approval ratings plunge to a record low 32 per cent last week, with 58 per cent disapproving of the job he is doing, according a survey by Gallup Korea.

The latest vote result is in stark contrast to the parliamentary elections one year ago, when the Democratic Party enjoyed a sweeping victory that gave it a super-majority at the National Assembly. — AFP

These were the details of the news Crushing poll defeats for S. Korea’s ruling party for this day. We hope that we have succeeded by giving you the full details and information. To follow all our news, you can subscribe to the alerts system or to one of our different systems to provide you with all that is new.