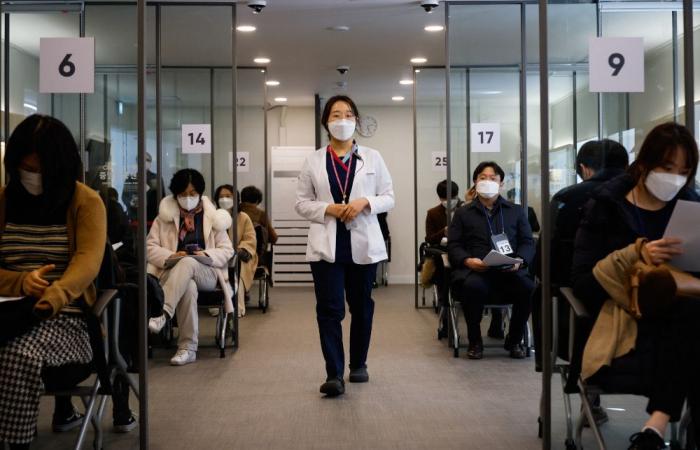 Hello and welcome to the details of South Korea reports 668 new Covid-19 cases, highest daily count in three months and now with the details

The new cases bring the country’s total infections to 106,898, with 1,756 deaths, with the latest surge centered around clusters in kindergartens, saunas, bars and churches. Over 63 per cent of new cases were found in Seoul and neighbouring regions, including Gyeonggi province, KDCA data showed.

“If the fourth wave of infections becomes a reality, a disruption to vaccination would be inevitable, as well as dealing a big blow to our economy,” Prime Minister Chung Sye-kyun told a government meeting today.

“The government is maximising efforts to prevent the fourth wave by mobilising all means possible,” he said.

The country has so far administered over a million doses of vaccine among medical workers and high-risk groups since the start of its inoculation drive in February, yet authorities face a backlash for relying on the global vaccine-sharing programme Covax, which has run into delays. — Reuters

These were the details of the news South Korea reports 668 new Covid-19 cases, highest daily count in three months for this day. We hope that we have succeeded by giving you the full details and information. To follow all our news, you can subscribe to the alerts system or to one of our different systems to provide you with all that is new.

PREV Lebanon could gradually go dark as cash for electricity runs out
NEXT COVID-19 cases in UAE remain below 2,000 as vaccination drive underway in full swing