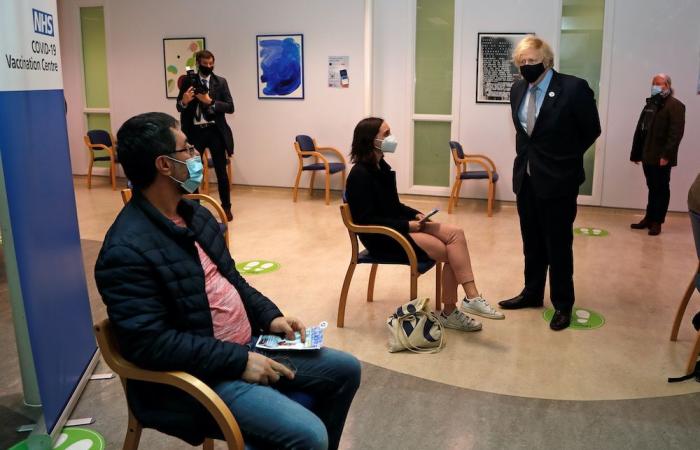 LONDON, April 7 — Richer countries are failing a “rudimentary” test of global solidarity by hoarding Covid vaccines, Amnesty International said today as it accused China and others of exploiting the pandemic to undermine human rights.

In its annual report, the campaigning rights organisation said the health crisis had exposed “broken” policies and that cooperation was the only way forward.

“The pandemic has cast a harsh light on the world’s inability to cooperate effectively and equitably,” said Agnes Callamard, who was appointed Amnesty’s secretary general last month.

“The richest countries have effected a near-monopoly of the world’s supply of vaccines, leaving countries with the fewest resources to face the worst health and human rights outcomes.”

Amnesty strongly criticised the decision by former US president Donald Trump to withdraw Washington from the World Health Organization (WHO) in the midst of the pandemic — a step now reversed by Trump’s successor Joe Biden.

Callamard called for an immediate acceleration of the global vaccine rollout, calling the inoculation campaign “a most fundamental, even rudimentary, test of the world’s capacity for cooperation”.

Since the coronavirus emerged in China in late 2019, the pandemic has claimed more than 2.8 million lives globally and infected at least 130 million people.

According to an AFP count, more than half the 680 million-plus doses administered worldwide have been in high-income countries, such as the United States, Britain and Israel, while the poorest have received only 0.1 per cent of the doses.

At the end of March, the WHO warned of an increasingly unbalanced distribution of vaccines.

Amnesty International has supported initiatives such as the WHO’s vaccine exchange platform C-TAP to share know-how, intellectual property and data.

The under-used initiative could be used to build production capacity and additional vaccine production sites, particularly in Africa, Asia and Latin America, according to the WHO.

Amnesty dismissed as “paltry half-measures” decisions like those of the G20 group of nations to suspend debt repayments for 77 nations.

Amnesty also hit out at the “gross irresponsibility” of China during the pandemic, accusing Beijing of censoring health workers and journalists who tried to sound the alarm at the start of the outbreak.

“Covid-19 intensified a crackdown on freedom of expression with a number of citizen journalists who reported on the outbreak going missing, and in some cases being imprisoned,” it said.

The rights group pointed to growing evidence of “grave human rights violations” more broadly in China, “including torture and enforced disappearances” of Uyghurs and other Muslim minorities in the region of Xinjiang.

It said nations like Saudi Arabia, the United Arab Emirates and Hungary had used the pandemic to further silence criticism and cited violence by the security services in Brazil and Nigeria against protest movements in the past year.

“Some (leaders) have tried to normalise the overbearing emergency measures they’ve ushered in to combat Covid-19, whilst a particularly virulent strain of leader has gone a step further,” Callamard said.

“They have seen this as an opportunity to entrench their own power. Instead of supporting and protecting people, they have simply weaponised the pandemic to wreak havoc on people’s rights,” she added.

Amnesty said during the health emergency, groups like women and migrants had been further marginalised in parts of the world.

It said its report outlined how “existing inequalities as a result of decades of toxic leadership have left ethnic minorities, refugees, older persons, and women disproportionately negatively affected”.

“We face a world in disarray. At this point in the pandemic, even the most deluded leaders would struggle to deny that our social, economic and political systems are broken,” Callamard said. — AFP

These were the details of the news Amnesty condemns rich world’s ‘near-monopoly’ on Covid vaccines for this day. We hope that we have succeeded by giving you the full details and information. To follow all our news, you can subscribe to the alerts system or to one of our different systems to provide you with all that is new.