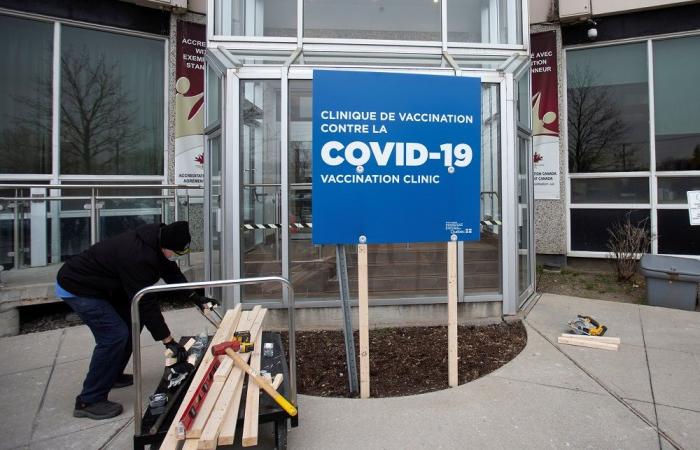 “We’re in a situation where everyone is exhausted,” Trudeau told a news conference. “This has been a very, very long year.”

But, he added, “we are going through a third wave, and we must continue hanging in there for a few more weeks, so that we can really flatten the curve, and allow vaccines that will arrive in the millions in the coming weeks to have an effect.”

Canada on Saturday crossed the threshold of one million coronavirus cases, forcing several provinces to tighten restrictions in recent days. Just over 23,000 people have died.

The nation’s economic engine and most populous province of Ontario last week ordered a near lockdown until at least the end of April, while neighbouring Quebec extended a nighttime curfew imposed at the start of the year.

A surge in variants — up nearly threefold in the past two weeks — and related hospitalisations are causing growing alarm, chief public health officer Theresa Tam said.

More than 15,200 variant cases have so far been reported, with the highest numbers found in Alberta, British Columbia, Ontario and Quebec.

“These worrisome trends underscore the need for all of us to continue following public health advice... as vaccination programs accelerate,” she said.

Canada’s inoculation programme launched in December has been plagued by delays in deliveries of Pfizer-BioNTech and Moderna doses from Europe. In addition, new age restrictions were imposed on the AstraZeneca jab, over safety concerns.

To date, 15.7 per cent of the population has received at least one vaccine dose, according to the Covid-19 Tracker Canada website.

But Trudeau said the rollout would quickly accelerate now, as more deliveries arrive, and the government would meet its target to have all Canadians inoculated “by the end of summer.”

“This past week was a record week,” he said, “but we’re looking to getting even more (vaccines) in in the coming weeks.” — AFP

These were the details of the news Trudeau asks Canadians to ‘hang in there’ in vaccines vs variants race for this day. We hope that we have succeeded by giving you the full details and information. To follow all our news, you can subscribe to the alerts system or to one of our different systems to provide you with all that is new.