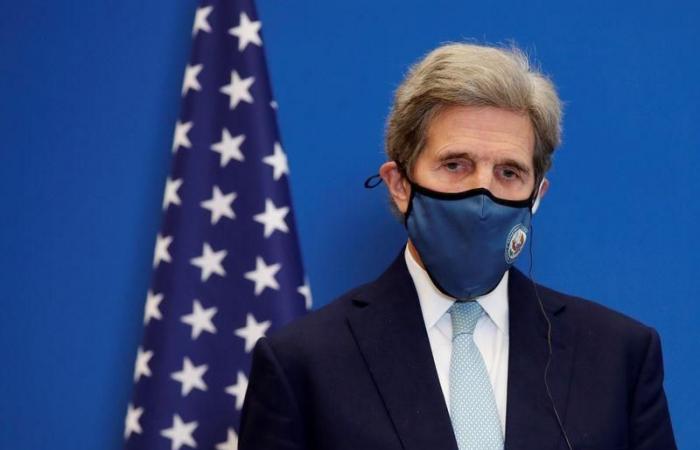 You are now following the details of the US, UAE pledge joint effort to finance decarbonization news and now we leave you with the details

Mohamed Nass - Cairo - DUBAI (Reuters) – The United States and the United Arab Emirates will work together on coordinating finance to decarbonize the economy, focusing on areas including hydrogen, renewable energy and low carbon urban design, a joint statement said on Monday.

U.S. climate envoy John Kerry, who is leading efforts to get countries to step up commitments to cutting emissions, during a visit to UAE took part in a Middle East and North Africa (MENA) climate dialogue in Abu Dhabi on Sunday.

“We will particularly focus our joint efforts on renewable energy, hydrogen, industrial decarbonization, carbon capture and storage, nature-based solutions, and low-carbon urban design,” a joint statement from the United States and the UAE carried on state news agency WAM said.

On Sunday, the climate dialogue concluded with another statement that was signed by Bahrain, Egypt, Iraq, Kuwait, Qatar, Sudan, the UAE and the United States pledging to accelerate climate action, mobilise investment in a new energy economy and help the world’s most vulnerable cope with climate change.

Kerry is also due to visit India, the world’s third biggest carbon emitter, to try to narrow differences on climate goals.

His efforts are ahead of a summit of 40 leaders on April 22-23 called by President Joe Biden and, later this year, world leaders gather for the United Nations climate summit to build on a 2015 Paris accord to limit global warming.

These were the details of the news US, UAE pledge joint effort to finance decarbonization for this day. We hope that we have succeeded by giving you the full details and information. To follow all our news, you can subscribe to the alerts system or to one of our different systems to provide you with all that is new.