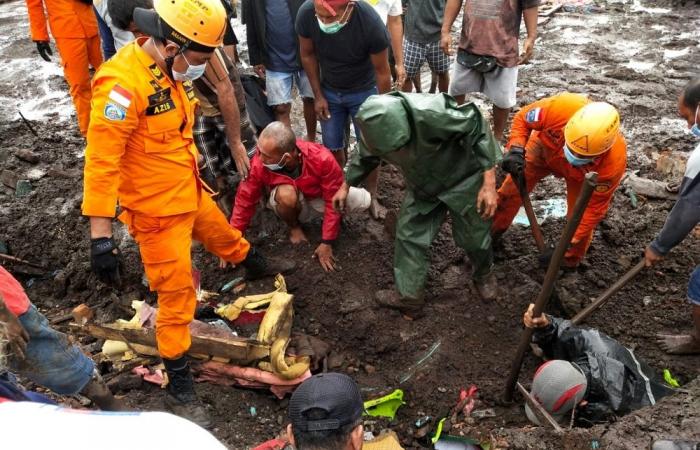 Hello and welcome to the details of Indonesia, East Timor flood death toll surges past 150 and now with the details

JAKARTA, April 6 — Rescuers were searching for dozens of people still missing after floods and landslides swept away villages in Indonesia and East Timor, killing more than 150 people and leaving thousands more homeless.

Indonesia’s disaster management agency said it had recorded 130 deaths in a cluster of remote islands near East Timor, where another 27 have been officially listed as dead.

Search and rescue teams in Indonesia were racing to find more than 70 people still missing and using diggers to clear mountains of debris.

The storm swept buildings in some villages down a mountainside and to the shore of the ocean on Lembata island.

Authorities there said they were scrambling to shelter evacuees while trying to prevent any spread of Covid-19.

“These evacuees fled here with just wet clothes on their backs and nothing else,” said the area’s deputy mayor, Thomas Ola Longaday.

The region was bracing for its meagre health facilities to be overwhelmed as the number of injured soared.

“We don’t have enough anaesthesiologists and surgeons, but we’ve been promised that help will come,” Longaday said.

“Many survivors have broken bones because they were hit by rocks, logs and debris.”

Nearby in East Flores municipality, torrents of mud washed over homes, bridges and roads.

Earlier images from Indonesia’s search and rescue agency showed workers digging up mud-covered corpses before placing them in body bags.

Hospitals, bridges and thousands of homes were damaged or destroyed by the storm, which is now moving toward the west coast of Australia.

“We could still see extreme weather (from the cyclone) for the next few days,” said national disaster agency spokesman Raditya Jati.

Authorities were still working to evacuate remote communities and provide shelter to those hit by the storm, he added.

These were the details of the news Indonesia, East Timor flood death toll surges past 150 for this day. We hope that we have succeeded by giving you the full details and information. To follow all our news, you can subscribe to the alerts system or to one of our different systems to provide you with all that is new.